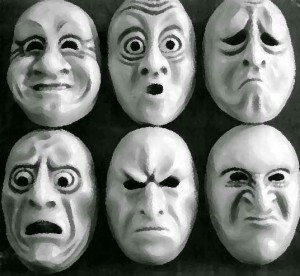 Considering the moral judgments like components of emotivism theories of morality we must understand what is emotivism in general. The concept of emotivism defined as moral subjectivist theory which denies the objective meaning of ethical concepts; neo ethics is one of the way [1]. These ideas for this area originated in the mid of 18th century, and gained much publicity 20-50th of 20th century. All theories are based on three emotivismуs` features: the present and future are belinked and inseparable; the moral statements are not factual, and therefore no sense at all, ethics must be freely chosen and not determined for certain criteria this choice.

In 1920th as a result of analytical philosophy and logical positivism emotivism embodied in a particular doctrine. This line was developed the most by Alfred Jules Ayer and Charles Stevenson. The founder of emotivism ethics became David Hume in the mid-18th century. He decided ethical judgments didn`t report about things and some acting, but only expressed the sense of approval or displeasure. This mean we can see something or hear or feel and it is a fact and attitude, or worse, everyone decides for himself.

Charles Stevenson formulated a less radical form of emotivism. He agreed with the statement that the expression of moral judgments is to find the same understanding of the people situation. But he thought these judgments would have meaning thanks to the personal relationship to anything. So judgments depend on the facts which the person receives a particular ethical judgments. Therefore, doubts can be challenge these facts and ethical judgment revised based on new facts.

German philosopher Rudolf Carnap, the brightest representatives of logical positivism argued that “the real of philosophical statements can`t be prove”[2]. This mean we must perceive all empirically, base on the fact and don’t worry about inside. He explained the concept of verification – evidence that probable fact or statement is true. That used depending how the truth is justified: is based on bringing a proof or argument, or it must be confirmed by the possibility of multiple reproduction that is tested practice [3].

Alfred Ayer also developed the concept of verification. He distinguished between “strong” and “weak” principles of this phenomenon. In his think, the expression is verified in the “high” principle when its truth can be definite experimentally. But the “weak” principle can be verified when the experience is the expression can be done only probable. It`s mean that the foundations of metaphysics, ethics, aesthetics and theology are meaningless, and can`t be neither fact nor false.

By Ayer, emotivism means that moral words and sentences are not true but expressive values ??that express human emotions. He believed that religious assertion about exist of God is`t fact, not mistaken, but devoid of any meaning. Also atheism is devoid of any content. But also ethical and aesthetic judgments, as well as some religious may be “emotional” load and is some expression of the inner world of people who express these opinions.

Hans Reichenbach went even further in his understanding of emotivism philosophy by way of verification and replaced the notion of fact to the notion of probability. This interpretation was allowed to expand methodological difficulties associated with the laws of nature. Laws of nature – a suggestion that should be assessed in terms of the probability of extreme values – the “truth” and “lie” [4].

But most ethical and moralists were not perceived the principles of emotivism as an ethical purpose doctrine. The crisis of neopositivism methodology and subjectivist and relativistic effects of emotivism also limited the impact of emotivism.

Interestingly, the most attention to emotivism as part of multiculturalism was paid in American philosophy. According to Alasdair MacIntyre expression, you can avoid emotivism when will realize the importance of society. After all, society is diverse source and basis of objective values. But if the source of values is localized in individuals and society is perceived like a collection of individuals, each of which has its own interest, the objectivity of values is not more rational basis than individual predisposition of each person.

In the modern moral philosophy, the followers of emotivism almost gone, because eventually those dealing with ethics concluded that the use of emotivism is ambiguous. This implys that in a globalized world of science and technology, the best thing is to solve any problems through logical and rational judgment. As for the emotional and sensory perception, the problems in this way take much more time for analysis and knowledge of certain information, but the resulting solution will not always be correct.

And it is important that when a person is guided only by emotions, it deprives itself of the possibility to assess the situation more deeply and globally, because only focuses on the psychological state of the individual. In today’s cosmopolitan world of irrational decision problems lead to very negative consequences. Therefore, a logical and sensible approach to any problem is most used in today’s developed countries, which means that the principles of emotivism odds with the modern global moral principles.