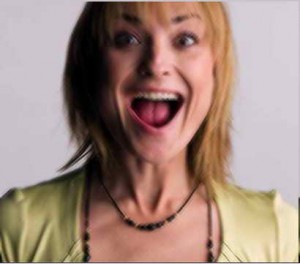 The motivation to engage in avoidance and approach behaviors appear to involve specialized brain processes (Gray,1982).

The Behavioral Inhibition System (BIS) is associated with the avoidance of aversive stimulus, whereas the Behavioral Activation System (BAS) is linked to the reward system and the pursuit of positive stimuli (Carver & White, 1994).

BIS/BAS processes are believed to be relevant in the development of schizophrenia and mania (Fowles, 1994). Schizotypy is a subclinical risk indicator of the schizophreniaspectrum often separated into three categories: negative, positive, and disorganized symptoms. The literature suggests that negative symptoms in schizophrenia are associated with increased avoidance behaviors (BIS) and decreased pursuit behaviors (BAS) (Schlossera et al., 2014).

However, little is known about the relationship of BIS/BAS processes as they relate to positive and disorganized symptoms across the spectrum. Conversely, symptoms of hypomania (linked to mania) appear to be associated with increased pursuit behaviors and increased reward sensitivity (BAS) (Alloy et al., 2013). The current study (n=60+) fills a gap in the literature by the novel application of the BIS/BAS model to schizotypy.

We anticipate the replication of similar reported patterns for negative symptoms and mania. We will explore the link(s) between BIS/BAS processes as they relate to positive and disorganized symptomatology in schizotypy. We will also examine the prediction of symptomatology while taking into account BIS/BAS processes, current mood state, and concurrent levels of hypomania and schizotypy. This data stems from a larger study exploring the physiological (EEG) stress response. Findings and implications will be discussed.

24 thoughts on “Avoidance and Approach Behaviors in Schizotypy and Hypomania”