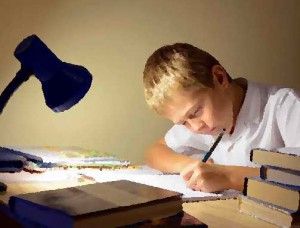 In this paper, I would like to present what contrastive rhetoric is and how English teachers can introduce it in their writing class with careful examination. Contrastive rhetoric (CR) is a field of study which was initiated by Robert Kaplan in 1966. He suggests that each language has its own writing convention and that English nonnative students bring their native languages’ writing styles when writing in English. In fact, English teachers are sometimes able to identify the nationality of a student just by reading that student’s writing. In the traditional CR, the researchers have tried to categorize culturally specific logic or thought patterns and paragraph structures in English essays written by nonnative English writers according to the student’s cultural and linguistic backgrounds.

However, the traditional CR has been criticized for the following points: 1) It reproduces a fixed view of cultural difference and overlooks plurality within language groups; 2) it ignores individual difference such as the learners’ writing ability of their native tongue; 3) It marginalizes English nonnative learners and especially non-Western cultures by reinforcing the superiority of English. The last point is especially problematic because English teachers tend to reinforce the cultural deficit view by explicitly teaching that English rhetoric is superior to the students’ native languages’.

It could end up stigmatizing the learners’ languages and cultures. Even though it is important to know the difference of writing convention among languages, teachers should be careful of introducing CR and keep critical view toward traditional CR. They should also acknowledge new and different ways of writing by English nonnative writers rather than spotting them as inappropriate or lacking putting them into the mold of native English writers. As the objectives, I would like to introduce the overall history and theories of CR by presenting two kinds of sample writing by native and nonnative writers of English and how these two pieces of writing were assessed by raters.

After analyzing the different writing styles, I will articulate some possible approaches to teaching CR. At the same time, I will raise the issues of traditional CR and address how carefully teachers should introduce CR in their classroom so that the students will not stigmatize their own native languages. The paper concludes with pedagogical suggestions based on the interview to some teachers who actually teaches CR. I will report the benefits and challenges of teaching CR and explore the ways to improve the students’ writing while respecting their original languages and cultures.