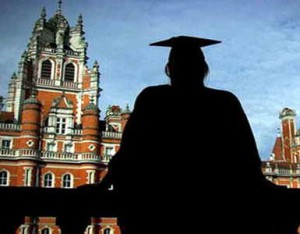 Actuality of the subject. In the conditions of increased anthropogenic stress, discomfort in cities due to air pollution resulting from motor vehicles emissions and industrial plants, landscaping and different gardening populated areas have become of a particular importance. Landscaping and gardening are the most important fields of activity of the municipal economy, especially in our time.

The conditions that have been created in this area provide a high standard of living. When implementing a set of measures landscaping and gardening can influence environmental conditions and appearance of the city, create a comfortable microclimate, hygiene and aesthetic conditions in the streets, in residential homes and public spaces.

Boulevards penetrate particular parts of the city, forming relatively narrow but elongated strips of mostly green plantations. This scheme of planning provides the residents of the neighborhoods with a daily brief recreation, gathering them in the local areas, attracting them to urban public facilities or parks and coastal zones. Today these places are a platform for environmental experiments related to the integration of natural elements, probation of technological innovations [1]. Many historiography and sources researches are devoted to the city linear spaces. The study of the spatial organization of cities involved a number of scientists, particularly worth mentioning works of K. Lynch [2], R. Venturi, A. Brinkman [3], V. Shimko, B Hlazychev and others.

The results of the study of architectural composition and aesthetic features of separate structural components of cities (including linear pedestrian — streets, alleys) are highlighted in the theoretical writings of K. Zitte, D. Brooks, A. Verhunov, M. Belov [4], V. Petrov and others. Current studies are aimed at such an organization subject-spatial environment of green linear pedestrian spaces that are based on “total synthesis” of design with its different kinds and artistic activities — architecture, urban design, landscape and graphic design, monumental and decorative art ([4], p. 13). Should be mentioned the works on art criticism, aesthetics, history, urban planning of prominent scientists
—
K. Zitte, I.V. Goethe, J.B. Boryev, A.V. Bunin, B.R. Whipper, G. Zemher, S. Gideon, L. Naimov, V. Kandinsky, T.F. Savarenska, Z.N. Yarhina and others. For landscape organization of the urban environment worth mentioning works of J. Symonds, L. Verhunov, O. Mikulina, L. Zalesska, I. Rodichkin, A. Byelkin, N. Abramova, Ye. Katonina, V. Kucheryavyy, N. Kryzhanovska, N. Bazylevska, S. Palentreyer, A. Lypa, A. Holovatch and others. The article is a continuation of the previous research of this author [1].

Factors that influenced the emergence and formation of boulevards. According to the results of this research there were such factors: socio-economic, urban and natural climatic. Socio-economic factors caused primarily the loss of need for fortification facilities. Fortifications that surrounded and protected the historical center of the city began to lose its original protective function. First boulevards, such as we represent them, namely, as one of the most common categories of green space for general use appeared in the XIX century when European cities began to demolish the walls that had deteriorated and prevented transport links. Thus was born the famous Ring in Vienna, the Grands Boulevards in Paris, Boulevard Ring in Moscow and in several other cities.

Initially, these avenues were walking alleys with areas for a short rest. With near total absence of public gardens, these areas that were kind of communication, have played an important social role in shaping the morals, customs and beliefs. Paintings of Makovsky, Renoir, Fedotov give an idea of the social role of boulevards in the XIX century. Society adapts the environment to traffic.

Mass production of cars and a huge demand for them is forced to change the urban environment, which soon found itself subordinate to vehicles. Since the 80’s of the nineteenth century pedestrian and vehicle traffic in cities are under active search for ideal proportions, and by the end of the century urban areas are improving, focusing on the priority of pedestrian traffic. By the early twentieth century pedestrian spaces of European cities that have emerged in the medieval period, represented a continuous developed network.

They are self-organized according to the circumstances of their internal order. Pedestrians and transport together have used street space with pedestrians having numerical superiority. Reorganization of cities on the “ideal” type that started in the Renaissance, brought elements of regularity in the living tissue of pedestrian spaces. The streets are extended, limited by the visibility limit, not the pedestrian availability. For pedestrian traffic were generated the sidewalks, for transportation and military the middle part of the street was given. During the redevelopment of Paris by Osman the boulevards had been “pierced”, that have become a showcase of advertising the process of stimulating consumption. There is a new type of space – commercial and pedestrian [4].

First boulevards were used by Englishmen in 1428 during the siege of Orleans. Later, the name “Boulevard” passed to the line of earthen shaft in the fortresses. In the XV and XVI centuries in France one called boulevard a building placed outside the city walls of fortifications, which replaced the medieval Barbican. It was built originally covered with grass land which subsequently became covered by stone wall, and served to protect against enemy artillery.

Boulevards were often connected by the walls with the main fortification. Finest examples of these structures are boulevards in Schaffhausen and in Troyes. Early in the second half of the XX century there is a pedestrian street as an attempt to return traditional types of urban recreation and preservation of historic buildings.

Great development the construction of boulevards received after World War II in the areas of new buildings, on the waterfront, in the malls along major highways. Boulevards initiated the delineation of urban areas into pedestrian and vehicular areas, the creation of pedestrian and vehicular communications that do not intersect at the same level, occurrence of pedestrian streets. City planning factors influenced the formation of varieties of boulevards in the structure of cities – historically the ring, fortification, types of linear. They are written in the planning scheme of cities
—
hippodam, radial ring system, etc. Depending on the type of urban development, boulevards have acquired different forms. Ring boulevards were characteristic yet from the beginning of their inception. A striking example of this
—
the historic boulevards of European cities
—
Tver Boulevard in Moscow (Russia, early XIX century), Ringstrasse in Vienna (Austria, mid. XIX century), Boulevard Ring in Paris (France, late XV-mid. XIX century), Boulevard Ring, Riga (Latvia, mid. XIX century) Boulevard Ring, Mons (Belgium, mid. XIX century). They have a close relationship with other urban development structures.

Natural and climatic factors have provided the appearance of vegetation on the boulevards to ensure more comfortable microclimatic conditions (shade, moisture, etc.). Especially it concerns pedestrian boulevards that provide transit rest of urban residents. Today pedestrian street, as the urban area on the one hand, and as the interior space
—
on the other, becomes a platform for environmental experiments to integrate natural elements, testing technological innovations, compatible coexistence of history and modernity. Planning and compositional principles of formation of boulevards. The study derived the planning and compositional principles of formation of boulevards and methods that ensure their performance:

1 — principle of architectural and landscape balance, which provides a balance between natural and anthropogenic components of boulevards. This principle is implemented using a number of techniques: alternation of open and closed spaces on boulevard by creating a landscape tree and shrub groups, open greenery and / or paved sites, of flat water elements:

the consistency of the volume of small architectural forms with planar or volumetric landscaped surroundings;
large-scale coherence of boulevard elements with anthropometric, physiological and psychological parameters of human.

2—principle of planning and structuring composition that provides clarity of compositional structure of boulevards. The effect of this principle is provided by the following methods:

distinguishing of boulevards from other components of the city;
creation of a clear compositional structure according to the laws of depth composition using dominant, accents, composite axes;
underlining the most important sections of the boulevard (by color, texture, weight, material, etc.).

3—principle of stylistic harmony that ensures a harmonious aesthetic and artistic solution of boulevards. For the realization of this principle operate the following techniques:

harmonious relationship between the surrounding buildings and elements of the boulevard;
use of the national (regional) symbolics in imaginative solutions of boulevards.

4—principle of color balance, which provides a balance between the applied color patches as elements of landscaping and subjective filling of boulevards. This principle is implemented through the following methods:

use of color to support the overall style solution of the boulevard;
creation of landscape compositions built on contrast, monochrome, polychrome techniques, approaching tones;
shading and contrast correlation of color patches.

5—principle of identity which ensures that existing unique cultural characteristics and traditions of the urban environment are taken into account. The effect of this principle is provided by the following methods:

6—principle of availability, which provides all the activities that contributed to the level of mobility to people with different physical abilities. For the realization of this principle are the following techniques:

creating ramps instead of stairs;
increase the width of the pedestrian ways (according to the parameters of a wheelchair);
introduction of “moving” sidewalk to the boulevards structure;
providing recreation for disabled people without the use of urban furniture.

Conclusion. Based on the analysis of historiographical materials and using selected research methods in this paper are highlighted the patterns of boulevards formation in the city structure.

They consist in following—pronounced linear direction of the composition development; monofunctionality of space with the possibility of introducing temporary variable functions; clear definition of planning and compositional structure; artistic and aesthetic organization of the boulevard, based solely on the nuance or contrast schemes; increase of the spatial detalization level using “volume-detail-texture” scheme.