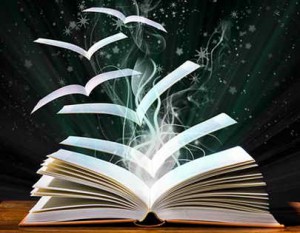 Monstrosity as Evil in Simone de Beauvoir‘s Ethics of Ambiguity: An Exploration of the Sympathetic Monster Humbert Humbert in Nabokov‘s Lolita

The focus of this paper is a phenomenological investigation into the monstrous nature of the pedophilic protagonist of Vladimir Nabokov‘s Lolita. While some read him as a charming and seductive character, Humbert Humbert is always also labeled as monstrous. After limiting his young neighbor, Dolly, to the imaginative construct that exists only in his mind—namely the nymphetic temptress, Lolita—Humbert proceeds to abduct and rape her. While there is certainly no question that Humbert is morally suspect, what characterizes him as a monster?

Using Nabokov‘s deviant character as a literary trial case, I argue that monstrosity is characterized by the failure to engage with others in such a way that respects their ambiguous role as both subjects that create meaning in the world and objects that take part in others‘ creative endeavors. Simone de Beauvoir writes in Ethics of Ambiguity that the greatest evil is the denial of another‘s freedom, or the ability to be other than what one currently is.

What differentiates subjects—or human beings—from objects is the formers‘ creative ability for self-generated meaning and potential for future possibilities of being. By denying Dolly the potential to become something other than his ?nymphet,? Humbert renders her a being-in-the-present, or an object. If the human condition is characterized by its ambiguous state as subject and object, the denial of one‘s subjectivity may be equated with the death of one‘s humanity. Humbert is certainly an immoral and mentally disturbed individual, but his monstrosity is rooted in his denial of Dolly‘s humanity.
Author: Adele-France Jourdan (MPhil)

As Michel Foucault puts it in Les Mots et les Choses,‘ the threshold of modernity was definitively crossed (at the beginning of the nineteenth century) with the withdrawal of Being from representation: language was at that point forced to withdraw from the sphere of representation to which it had hitherto – by means of its transparency – assured the order. This withdrawal was prototypically manifested in Kant‘s critical philosophy, when he indicated the limits of representation and thus re-established metaphysics.

However, while Kant‘s dissection of representation made possible the rebirth of an objective – though scattered – human language (and the subsequent appearance of the subject as an epistemological field of inquiry), language would never again recover its homogeneous transparency: its semiological circularity and unity with things seemed to be irretrievably lost. It is, then, only with Nietzsche that the question of the subject of language takes its true form: for Nietzsche, as for Michel Foucault and Gilles Deleuze, the question is not so much that of clear communication, but rather that of interpretation.

The question Nietzsche‘s French disciples raise is exactly that of the Speaker/Thinker: the subject of philosophical discourse. For Foucault and Deleuze, it is only Nietzsche‘s opening of the philosophical-philological space of the question of the Speaker that makes possible a radical inquiry of the unity of the to-be-mastered multiplicity. In my presentation, I will focus on Deleuze‘s reading of Leibniz as ?a cryptographer of experience,‘ offering us a dynamical perspective of intensive singularities which overcomes the aporias of both subject and object..
Author: Louis Schreel (MPhil)

Deleuze and the Metaphysics of Literature

The least important question in Deleuze‘s philosophy of literature is: What is writing? This is not so important as to ask, ?How does writing become possible?? What if it isn‘t an extension of an organism, ?Man,? as rational animal, social animal, and the possessor of signitive language? Consider Deleuze‘s proposition that, ?…writing does not have its end in itself,? because, ?life is not something personal; how then, does writing come about?

After all, is good literature not just too sensitive to noise, too keen in its sense of taste, touch and smell to fall under this anthropological category? Drawing from unlikely subjects like Stoicism, Spinoza, and Empiricism I will illustrate Deleuze‘s interpretation of what happens to literature and writing if we re-imagine the umbrella under which they fall. What happens when we stop looking at the novel on the shelf as a product and start looking to it as a factory?
Author: Sean Winkler (MPhil)