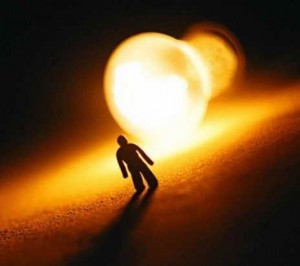 Aesthetics is the science about cognition of the world, creative attitude of any person to the reality, it is the science about conceptual and things that are not based on certain benefits, it is science not about utilitarian. Many sophists take up the position that aesthetics’ goal is philosophical study of art and as a result formulation of critical judgements, thoughts and conclusions.

Except the issues concerning the nature of beauty, aesthetics science comprises general issues concerning evaluation of objects of art. Aesthetic theory is the combination of different sights, ideas about nature and essence of sensibility first of all in mental people experience. Also aesthetics science is the reflection of patterns of its expression in art and practical formation. In my opinion the value of aesthetic theory is not only in knowledge of the specific issues that are investigated by the science but aesthetic theory is intended to open the richness of mental experience that is used in art language.

By considering the theme “Psychological criticism in aesthetic theory” we can conclude that psychologism is the transmission by artistic means the internal human conditions, thoughts, feelings and conclusions that are caused by internal and external factors. Talking about artistic means ( in which various human emotions and thoughts are transmitted)we mean comparison, allegory, symbols metaphors and others.

Indeed the aim of the authors was to show the reader, observer, connoisseur of art the human emotional condition but it was reflected by some external signs. For example in order to reflect human gladness was described happy facial expression , but description of feelings was common and there was deficit of depth.

The romantic psychologism was more deeper but it embraced only strong and vivid senses, subtle senses were not reached by romantics. And only with the develop of realistic trend psychologism got his true qualities. Realism is specifically psychologism that is reflects in identification of mind and consciousness, underestimation of unconscious processes. Also psychologism achieved great popularity and new qualities in literary modernism. Such psychologism is characterized with attention to mental unconscious processes, to internal struggle and bifurcation of “ego” identity.

After reading about scientist Husserelia I found that he is superlative spokesman of phenomenology. In turn phenomenology is the direction of philosophical studies. Phenomenology from Greek phain?menon “that which appears ” and logos “study”. This direction in science is directly reaction to psychologism. Husserl considered that phenomenology in a whole studies structures of consciousness and phenomena that are occur in it.

And that’s not all also Husserl parses the features of phenomenological reduction, position of realism. Proceeding from read over and learnt over I can conclude that Husserl with his criticism of psychologism reveals the problematic horizon of phenomenology: for epistemology which sets frames for his phenomenological prospectings it is necessary to illuminate the connection between perfection of laws according to perfection of cognition, mentality, feeling consciousness and individual mental process. In the concept of cognition concluded be judgments that a eager to know the truth and also justification of rectitude of determined to get the truth.