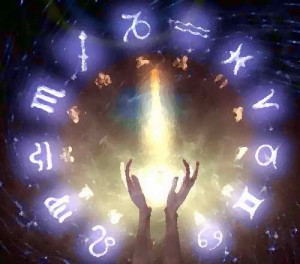 First of all, to talk about some phenomenon it is necessary to understand what does this phenomenon present. The subject of this article is the specific branch of human activity as astropsychology.

To get some answers to this question I went to the most common source – the internet. After discovering of loads of advertisement and personal websites of various astropsychologists, I decided it would be better to visit the more or less reliable source such as Wikipedia.

The firs link was wiki-dictionary that proclaims: “pseudo-scientific direction in psychology, based on the data of astrology” Well, I thought, nothing unexpected here, but let’s try to get a little bit deeper.

In general, I found that if the information for this matter written in somehow scientific manner, the subject itself quickly becomes renamed into subsection of natal-astrology. The essence of the method is to use the natal horoscope, wish is the horoscope that folded by date and time of a person’s birth, to determine the influence of celestial bodies on human being and on this basis to determine the behavioral characteristics of a person.

For me as a psychology student this theme is very bipolar. On the one hand this is a pretty common phenomenon, which itself talks about some kind of success at this field. And if we may look at the astrology as a complexity than we basically can talk about whole culture. Because this phenomenon takes a pretty big place in our society.

On the other hand, as I possess some pretty decent knowledge at the field of psychology, it is difficult to perceive astropsychology as a real science. Mostly, of course, because the majority of psychological studies and conclusions built on a clear system of psycho-diagnostic tests and test batteries. Which, in turn are subjected to the standardization process, ie undergo a series of checks and researches to confirm the validity, ie confirmation that the test examines what needs explore, rather than something else. That is difficult to expect from astropsychology with its natal horoscopes.

As with any issue, the topic of the acceptance of astropsychology in popular culture and in science has its opponents and defenders.

Many fans of astrology in general and in particular astropsychology are pushing up the fact that the industry has come to us from ancient times, proven on many people and therefore – is authentic. A certain French researcher Michel Gauquelin even conducted a study, which even now some astrologers refer to, as a result of the study, researcher found patterns of confirming Astro-psychological value.

So, Michel Gauquelin and his wife, according to libraries and archives made a database of 27,000 birth dates. Dates have been sorted according to professions – artists, soldiers, athletes, scientists, and so on. Inside professions dates were divided into two groups of individuals: outstanding and not outstanding. In the course research Gauquelin thought he found a certain dependence of human nature from the position of the planets.

However, after Gauquelin admitted the unreliability of his own research. In addition, the majority of Sciences came to us from ancient times, which is natural, but they were undergoing significant changes. Thus, in psychology there was a view about the type of temperament depending on fluid prevailing in the body . Quite unreliable, isn’t it?
Furthermore, talking about science, in 2003 were published the results of a large-scale study carried out by Dr. Jeffrey Dean from Perth, Australia and psychologist Ivan Kelly of the University of Saskachivan, Canada.

The article was published in the British publication The Telegraph. The study included 2,000 people who were born with a difference of two minutes and showed inconsistency of astropsychology. The authors were immediately accused of being biased by members of the British Association of astrologers however, the research have not been disproved.

However, on the other hand, astro-psychology can be seen as counseling of distrustful clients. Not all clients with psychological problems are willing to seek help from a psychologist. Even in our enlightened age, when the psychologists profession has finally ceased to be associated with the Soviet “mozgoprav”, there are people who trust esoteric astrologers more than scientists. In this case, astrology plays an important role, relieves stress and uncertainty factor, that you will agree, has a positive effect on a person.

Personally I have, as psychologists say, ambivalent feelings about astropsychology. On the one hand, I do not trust the predictions based on unverified data. Anyway, astrology seems too vague. On the other hand, I have a friend who is not being able to open a personal cabinet as a psychologist, managed to become a wonderful astrologer and not only has a decent income, but also helps her clients.

In conclusion, I want to say that whatever my or someone else’s opinion on this matter is, astrology as a phenomenon exists in our society since ancient times and is unlikely to be eliminated from the mass consciousness in the near future, so we just have to accept its existence, and if necessary – to adapt. In the end, if it is easier for someone to trust an astrologer rather than a psychologist. Well, it is their right.