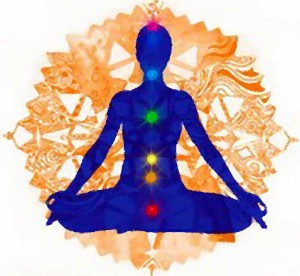 Annotation: The article examines the components of the moral and mental health and their manifestations and importance for man and society.

Health is an important human need, which determines its ability to productive work and normal life, provides a comprehensive personal development. Health provides opportunities to learn the world, found in its own place, be happy.

Mental health is psychic equilibrium that ensures harmonious regulation behavior. It depends on the satisfaction of physiological and social needs. Proper formation and meeting these needs is the basis of full mental health.

Mental and spiritual health are inextricably linked, but they have significant differences. Mental health is defined generally characteristic of the usefulness of the psychological state of body and mind.

Mental health based on a system of values, attitudes and motives of the individual in a social environment. The basis of moral health constitute the generally accepted principles of ethical conduct that are crucial for human spirituality.

It is understood that physiologically healthy person cannot be considered fully healthy if it ignores moral principles, not spiritually developed, not self-seeking, put selfish personal interests above public moral standards and values.

Spiritual health reflects the intellectual and moral ability of society and the individual. The components of mental health is the mind, will, love, morality, conscience, striving for justice. Norm is a harmonious state system of intellectual, ethical preferences of the individual and society, its psychological manifestations and compliance processes.

From this perspective, the meaning of life is the active participation in solving the pressing problems of society, which in turn promotes its spiritual health. At the same time, people are aware that the problem of objective and subjective factors threaten the integrity of the inner world of the individual, which can be understood also as individual desire protection from aggressive external factors aimed at changing their own mental state and behavior against her wishes and will.

Morality as a component of mental health assessment provides values to a man of the world, society and its social institutions, social groups, their own environment and themselves. Such moral values as norms of behavior, notions of good and evil, faith in ideals and justice principles, responsibility, friendship and love, understood the moral man, and the basis of socio-psychological preferences, its value orientation, and realized in actions in life man.

Morality is a complex social phenomenon and a universal context, which may vary in specific historical periods. Universal moral values encourage person to desire freedom, equality, justice and humanism. A person is defined as the highest value in society, and its actions and behavior are assessed from the standpoint of justice and goodness.

Morals are certain rules that indicate how you want people to behave in certain circumstances and situations. We can say that morality consists of modern human stereotypes that formed the years and lined system specific regulations.
Strengthening spiritual health promotes true love. Because only love is immediate intimate and deep sincere feelings towards another person. Only in a state of love and out of love with a man is a complete human being.

At loved most profoundly reveals the inner spiritual world of the individual. It was a true love integrates all types and forms of spirituality. A person who has someone so adorable sense can be considered fully developed in all spheres of spiritual life. It allows a person to love to open their true feelings to be true, that is, spiritual and moral.

Modern psychology says that mental health is defined as mental well-being characterized by the absence of mental disease manifestations and provide adequate circumstances for self-regulation of behavior and activity. Mental Health provides interaction of biological, psychological and social levels of life, including moral level.

It is believed that the mental health act criteria adequately subjective perception of objective reality, maturity and cognitive emotional and volitional components of personality, adaptability in social relations, the capacity for intelligent planning life goals and their achievement, a sense of security, trust others, lack of increased anxiety, neuroses, fears, psychological balance, and so on.

Spirituality and morality give meaning to each day everyday, promote awareness of the whole picture of life and the ability to distinguish the important from the secondary.

Thus, the search for the meaning of life, overcoming contradictions, harmonization mental state, achieve personal happiness possible through orientation to higher moral values, spiritual development and equilibrium. Spiritual growth and self-improvement contribute to the development of personal talents, aspirations and dreams implementation in harmony with the surrounding world. The man who filled the inside of harmony, mental peace, happiness and exudes positive light. Moreover, just as a healthy person can be happy on 100 percent.