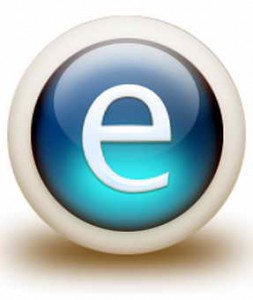 Relevance of the problem: In recent years, the level of technological progress has reached astonishing heights, especially in the field of “high technology”, the development of information systems and software.

As a result, changes caused have affected all spheres of human activity, and what until recently seemed unrealistic and was mentioned in fantastic works and forecasts of futurists, has become a part of our daily life.

The use of various information systems is now an important part of daily routine: online bills-payment, online recording in various state institutions, telemedicine, improving online banking, various legal services, distance learning programs, etc. With the further development of technology, a number of different e-service options will only grow in our lives.

The revolutionary nature of e-servise lies in the complex of interconnected achievements of modern progress in many areas of knowledge that arose in the course of the modern information revolution.

New technologies for the development of communication systems make it possible to use a huge number of ideas and proposals that could not previously be realized due to the backwardness of the information technology base. Accessibility: many countries, such as Russia, Australia, Brazil, the United States and Canada, have huge territories and populations, but despite the ongoing urbanization processes, a significant part of the population lives outside the developed civilizational centers (cities) and does not have access to the same benefits.

However, thanks to the development of modern technologies, it is possible to link all remote settlements with administrative, scientific and financial centers through various Hardware – from wire telephony to satellite communications.

Thanks to high-quality, constant communication, appeared such phenomenon as: – “telemedicine”: allows every Russian citizen to contact almost any specialist and get a consultation without going to a medical center, which is sometimes thousands of kilometers from the patient’s place of residence; – “distance learning” allows people who want to get an education to receive lessons from teachers all over the world and also to combine their learning process with work.

A new approach to providing legal services to the population through the creation of a network of remote centers on a modern technological platform. With the help of modern technologies, it is now possible to provide consulting services in all Russian regions relatively inexpensively for the state. The development of information technology led to an erasure of borders and an expansion of opportunities.

There is delegation of authority from person to machine, for example, in Brazil, where the system of electronic courts has already been introduced (only “cases that are of an order character” are considered, the machine deals with cases where there is no competitive element and on the basis of the provided documents an unambiguous decision can be made).

As a result of the introduction of e-servise in the life of man and society, there are consequences that need to be understood.

The positive aspects include the availability of a significant range of services, reducing the cost of new approaches by solving many problems, increasing accessibility and speed of obtaining results.

Negative consequences of the introduction of e-service are:

• impossibility to take into account the unique features of individual cases the problem of responsibility (who will answer, person or machine)

• replacement of direct contact between doctor and patient, state. employee and citizen and a number of other problems that require ethical reflection and moral regulation.