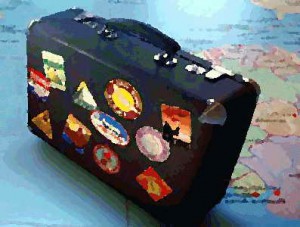 Many Asian countries have begun importing labor as their economies have developed. In Japan, the foreign labor force grew significantly after the state immigration policy was amended in 1990. This policy change, in conjunction with the country’s globalization over the ensuing decade, has resulted in a rapidly-growing Japanese-Brazilian population in Japan.

As a result, Japan is finally experiencing a transformation from relative social homogeneity to multiculturalism and the Japanese are facing the challenge of embracing the foreign nationals within their communities. This research investigates the ways in which civil society has emerged and developed as a result of Japan’s changing immigration policy and the subsequent civil response to migrant newcomers. In my research, I examine how Japanese civil society has risen to meet the challenge of an influx of Brazilian workers into Hamamatsu City, location of the largest Japanese-Brazilian community in Japan during the past fifteen years.

I show how the settlement of foreign workers there has generated improvements in civic awareness and responsibility among the people and local government of Hamamatsu City, and I demonstrate how national government policy has been challenged as a result. In doing so, I attempt to answer the following questions: what types of organizations did Japanese residents establish to support foreign residents, and what motivated their establishment? How and where were civic awareness and responsibility increased? What kinds of discourses were used to motivate, educate and organize supporting groups?

In what ways did the local government cooperate or challenge the national government or other local governments? As the number of long-term foreign workers and their families continues to grow, integration issues will become more and more challenging, especially in the areas of greatest foreign concentration. In the absence of national support, residents and local governments have struggled to support migrant workers as they have settled into Japanese society.

Civil society has stepped up to fill the gap between national policy and social reality, in order to develop the necessary support for migrants at the local level. This paper should provide an interesting and necessary look at the ways in which civil society has risen to the challenge of foreign migration in Japan.