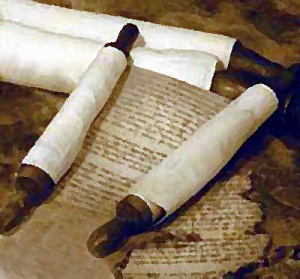 China is famous for keeping compiling historical works without interruption for more than two thousand years. Why did historical knowledge matter? What was its function?

With the understanding that the answers may have changed with time, this paper takes Li Tao, a literatus in the early Southern Song (1127- 1276), as an example to examine the nature of historical knowledge in the second half of 12th century, and how it inherited the legacy of the historical study of the previous dynasty (Northern Song, 960-1126) and modified it in response to the changed historical and social context of its time, especially when the Southern Song encountered the threat of the Jurchens.

Li Tao devoted his whole life to compile a history of the Northern Song, Long Draft of the Continued Comprehensive Mirror to Aid in Government, 520 chapters in total in the modern edition. This paper aims to analyze its narrative structure to see how Li Tao organized historical sources to construct his own historical narrative and make arguments. Because of the extraordinary length of the work, this paper selects two specific historical events, and examines the way Li Tao narrated and analyzed them.

By adopting an approach of in-depth textual analysis, this paper examines both the arguments and the underlying assumptions of Li Tao’s historiography. This paper argues that Li Tao’s work was not simply a collection of historical sources; rather, it has a clear position and arguments. Objectivity did not mean neutrality, and his work demonstrates that the two do not necessarily mean the same thing.

Recognizing that government played the essential role in ordering the world, Li Tao’s work was an analysis of the operations of the political power. He argues that since the government was composed by individuals, it was the relations among the individuals in the government should be the focus of the study. He further argued that only through delegation of authority that the government could function properly.

In short, his historical study was an inquiry of how to maintain a dynamic proper power operations in the government. His approach inherited the Northern Song historiography, but he also adjusted it in response to the changed historical and social context of his time.