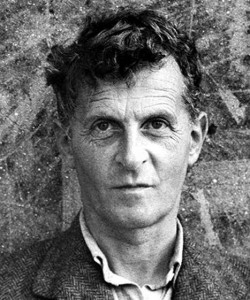 Ludwig Wittgenstein was an Austrian philosopher. He has taught at the University of Cambridge for many years. A lot of people often said that he was the most prominent philosopher of the 20th century in the West. If this statement has an element of exaggeration, but only because of it has ground.

Wittgenstein’s exploring were in the center of philosophical research, when the subject matter of analysis became a language. The linguistic turn is more characteristic for the philosophy of the 20th century. In the a lot of things that happened because of analytic philosophy of language, which developed by Wittgenstein.
In the earlier period of his work, Wittgenstein considered above “Logic-philosophical treatise”, which, if you want, you can qualified like a guide about logical positive.

At the latest period of his work, Wittgenstein had reviewed his views . His views published at first time in 1953, after philosopher’s death. «Philosophical Studies» has a new access to language analysis. Precisely this access, which was found among the modern philosophers and a lot of fans and was taught in the many universities of England.

Wittgenstein was very critical to the «traditional » understanding of language in the «Philosophical Studies». Simple and naive concept of language is based on understanding of the meaning of the name. In people opinion, they think that word means object which it refers. Proposals was built with words. And they make language. Words and proposals mean something. It evolve your mind, but Wittgenstein was disagree with that point. Because meaning between name and his meaning was become more hard than his taught Because of Wittgenstein, meaning of the words was determined by their use. Word meaning is its use, but it isn’t anything what can this word means.

Perhaps, that word means really in this situation. After that we will change to discuss very fast. But we must start to compare what word use children, adults, scientists and simple people. What is the human’s hand? What does electron mean? If we say that we know this object, it will mean that we know that it is the same object.

People use word and discuss about their rightness. They can trust or not trust to each other and use word only with rules, which can’t use with grammar or logic. We must change language to the rules of life. Language is form of life and life was born in language. Word in the word’s games, which use for describe some events of that, can’t use the same form. They can use only «family» form. Also, they are similar like brother and sister, but not more. That means that Wittgenstein was disagree with really notion.

Life, language, faith are the main human’s phenomena. They are primordial and they can’t be something else. The laws of the science are moment of the language game and human’s life. If math has deal with mathematic rules and calculations, philosophy will have deal with rules of the language game.

However, he didn’t know rule of game and after that he had problem in his life. Philosophy can be like analysis of the life in the language form. Philosophy must explain how we can use words and how we can explain that without problem. Real item of the philosophic analysis is nature language. It is more “perfect” language of the logic and math. This word is staying quotes but not because philosopher doesn’t like math and logic. Of course no!

Wittgenstein suggested a new way philosophers. Strictly analysis language practice, language games and propose in real life must credited to the Wittgenstein’s language. On the other hand, a lot of people criticized accused Wittgenstein for his false theory about society.

In conclusion, I want to say that language isn’t only math and logic. Language is feelings. We can’t live without that because of we are humans and feelings are a big part of our life. Of course, I agree with philosopher’s opinion, but not at all. Maybe he didn’t understand feelings. If I want to say something to my friend, I will say without math. Maybe I will do it with logic because it is really important thing, but at first I will want to speak with my friend inly with feelings. I think it is the most important than other stuff.