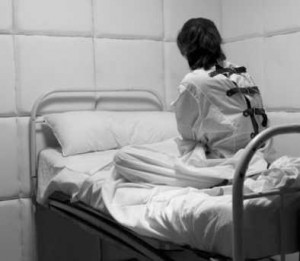 Covering our topic “Moral and Psychological Treatment Aspects of People with Mental Diseases” I think it would be relevant to define the “moral” notion. It is the unwritten rules of behaviour established by society.

Moral considers appropriate and inappropriate actions of the society in general or individuals. Moral is considered to be the science about evil and good.

A person seeks for sympathy and understanding, when she or he is “sick at heart”. At this time, it is very important to hear the words of support, advice from close people. The “moral support” notion includes approval, sympathy, praise and compassion. The moral support heals a person when she or he is emotionally “broken” into pieces.

It is quite difficult to treat mental diseases of a person, but is fully possible and effective. In such treatment, it is very important to define names of mental diseases in order to determine what should be treated.
Let us take, for example, the schizophrenia:

Manifestations (symptoms) of schizophrenia. A psychosis is a manifestation of a temporary brain disorder in the form of temporary thought, speech and behaviour disorders, the dividing lines between the reality and a sick fiction (the main manifestation of a psychosis) are becoming increasingly blurred, the self-control over feelings is weakened, considered decisions and communication with other people are complicated.

A psychosis is reflected in some ill person’s views of life, his or her thoughts and feelings. Either some aspects of his or her personal life, or some feelings are actually groundless. However, recovered people emphasize that in psychosis they remained true to theirselves, were sensitive to the good attitude to theirselves, believed that the wave of disease would pass off and they would be the same.

Schizophrenic people deal with the freakiest feelings and draw back from them in a long-term psychosis. For example, some stage designer was awarded with a medal “for Valorous Labour”, but in the evening he cycled with Michelangelo and talked to Leonardo.

In moral and psychological aspects of treatment all work falls to the relatives willing to help an ill person. Methods of spiritual healing in this disease are individual, but in most cases, they come down to prayers for ill person’s clan (forgiveness and cleansing of clan’s sins). Of course, close people must support an ill person, communicate with him or her carefully, look for different ways to the ill person’s recovery.

In moral and psychological aspects of treatment, in my opinion, it is necessary to adhere to following communication with an ill person for improving his or her condition:

Talk in a low friendly voice, using short, simple phrases to avoid incomprehension of a schizophrenic person. Repeat a question and an affirmation using the same words if necessary.

Explain simply what you are doing and why: “Your dresses are in the wardrobe, choose one for yourself for tomorrow”.

Define everyday duties. Be predictable. Do not change decisions.

Avoid an excessive stimulation: reduce stress and tension. Meal with family members can cause tiredness.

Convince the close person to take medicines, but do not insist on it. In time, your close person will be more responsible for him- or herself.

Discuss with the ill person how he or she can help him- or herself. Start with something simple: personal hygiene, dressing, cooking.

Give the ill person the right to work alone and help you. Maybe he or she likes ironing clothes, but is not ready to help in laundry.

Encourage the close person towards social activity. Invite soul mates friends for lunch, but do not insist on going to the crowded party.

Plan “going out” at least once a week. Taking a nature hike is better walking around the noisy city centre.
Stand an ill person at “McDonald’s”, where the atmosphere is democratic.

Do not be too interested. Do not ask constantly: “What do you think about?…”, “Why are you doing it?”. Better ask: “Did you hear about a new movie?…”

The ill person sometimes finds it hard to keep up a conversation, but your company is pleasant for him or her.
Watch TV together, listen to music, it is possible to do it in silence. Remember the childhood together.
Maybe your close person wants you to read him aloud, especially since it is difficult for him or her so far.

Determine the main problem in the behaviour (for example, negligence) and politely and firmly try to help the ill person to change this behaviour. Questions “Why don’t you take a shower?” or “You smell awfully” will not solve the problem. Show the problem as yours: “I don’t like it, that you stink. Let’s agree upon taking shower daily”.
Become “forgetful”: “I forgot to buy bread. Go to the shop, please”.

Develop the responsibility in him or her. Leave some task list for a day, while you are at work.

Teach him or her how to handle stress in socially acceptable ways: to leave the crowded room, to come back after calming down, to rub wrists.

Now you may be the only friends of schizophrenic person. Invite him or her: “Let’s go to the zoo!”. If you are religious, involve him or her into religion.

Put yourself in the ill person’s shoes: to understand is to forgive.

Think together about how to deal with the fear.

Respect your close person’s thoughts about his or her disease. It is enough that he or she agrees to be treated for “hearing voices”.

Value his hopes and expectations.

As the condition improves, your close person is less being “childish”, let him or her “grown up”, complicating tasks, giving him or her the right of choice, keeping your hopes up when facing failures (backset) and trying to move forward together again. Way of recovering is long, with retreats and small victories escalating to success.
Human bonds, support are necessary on the way of recovering. Schizophrenic person usually feels uncomfortable in presence of strangers due to fear, mistrust and a feeling of “otherness”. Approving and restoring schizophrenic person’s communication (thumb through telephone directory together), you are work

ing together on improving his or her condition. The participation in family’s affairs helps to learn how to be tolerant in communication with strangers. Power of religious persuasion helps family members to deal with stress. The attitude of surrounding people to the ill person increasingly influences the course and treatment of disease.

Thus, what does the proper moral and psychological treatment of mental diseases consist in?

Secondly, the main aspect is the support of close ones and the attitude of surrounding people to the ill person.

And thirdly, it is required to find a real reason having caused the mental disease and eliminate it. Therefore, in order to recover it is necessary to change the way of thinking and life style, attitude to the world around.