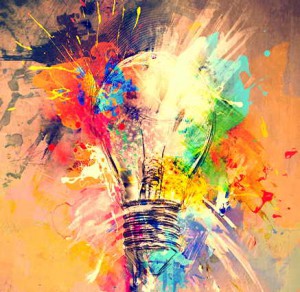 Aesthetic feeling is a feeling that inherent in a person as a result of the information, activity, action and attitude of the person perceived by him. Some idea of “feeling of beauty” and understanding of their own, personal opinion, inherent in the person, his own thought – it’s aesthetic feelings. The relation of the person to the action taken, the feeling, the feelings that have arisen and will be felt for a long period of time and also change.

An example of such feelings is the presentation, about a certain event, or the mention of the event (a person saw the picture, while remaining in the imagination, became stronger at the expense of emotions, as an emotionally reinforced event, the impression remains for longer than just an event. If a person remembers an event-also recalls the feeling that arose in her. These feelings, impressions, emotions in general affect the general condition and mood of man, world outlook, attitudes.

The feelings themselves are brought up, are the consequence of the educational process and time, of course, do not bypass personal preferences, I mean the example for imitation there are parents in everything, with the aesthetic feelings cultivated a culture of perception, an expression of emotions, a reaction. Even the child’s perception of information from childhood is a consequence of the educational process, it all depends on how much parents consider it necessary for the child to have this aesthetic feeling and the very moral behavior. From childhood it is necessary to teach a child to feel, see and perceive beautiful, to see her on her own.

The formation of an understanding of the child and the attitude of the child’s educational process to her feelings, emotional conviction in the learning process is shaping a worldview that is maintained for a rather long period of time, yet the cases of persuasion from childhood and the change of world outlook are increasingly emerging, because the child is under the influence of parents, friends, peers, elderly people and just friends, but the most important role, of course, after parents, is a teacher, in my opinion one of the key ones, since from childhood, it is from a teacher that he takes an example and tries to imitate and, learning to listen, perhaps comparing with the education of the family.

Aesthetic feelings, emotions, states are transmitted inherited and are as a reproduction of the seen, that is, from father to son, from father to daughter, from mother to son, from mother to son, and vice versa, the opinion of grandparents and grandparents is not the last value, because wisdom and vision aesthetic changes over the years, many interesting things can be heard and learned from a person who is older than you for several years and I am not about peers, but about an elderly person who has seen a lot, and her creative, emotional achievements are wider and even larger, even for parents and teacher (of course, depending on age).

Some parents in the approach to aesthetic education approach democratically, that is, they do not insist only on their thoughts and do not try to form a template, or thought – a copy, as their thinking and understanding of their thoughts are the same, give the right to form their thoughts. The expression and development of these feelings remains with the child or an adult.

Some people still oppose this upbringing, without considering it necessary, or not knowing why, it still depends on upbringing, because the parents are an example for the formation of the opinion of a future adult, and the choice of how much it is necessary to associate with life and thoughts remains for two people who are authority and example for imitation in the family. That is, as a raised child from childhood, as it was perceived carefully, and educated, it was important, so it will be until the end of life, or to a period of change in the worldview.

Multimedia programs (cartoons, movies, games and just improvisation, important for motor skills, expanding the world of vision, perceiving information, creating and seeing everything is important and necessary for a child). Since children are smart enough now, but they are not smart enough to depend on hardware, it’s much better to play on the street and more beneficial than sitting at home and degrading along with the technical means.

So, I think that not always the media, no matter how interesting programs were not always good for the child, for example, in America found that if it was funny, but there is a cartoon “Swine Peppa”, so scientists have proved that the most important thing the hero affects children well, and forms, gives a good example, but her brother George is not good enough because she shows an example of a lazy and capricious child.

The child’s psyche is flexible enough to educate, to lay this foundation or basis for understanding and perceiving an event in its own may be very simple, of course, if you deal with it, this process is quite long and flexible, but if it is a choice or to raise an immoral child or a moral in a senior person, the question is yes will not stand and the choice is obvious.

Physiology of the aesthetic is quite connected with the psyche. If the psyche of a person is not under the frequent influence of stress – then there is hardly any psychosomatic problem or disease. A person who is often in a stressful state weakens his nervous system, is in good relationship either weakened, or depressed, undermines his health and is in constant depression, is not very good for health, and especially for the psyche, and therefore can often be sick and it’s easy. Not for nothing doctors often say that all diseases are from the nerves. I believe that this is true, because a person judges by himself.

I think that an aesthetic feeling, a feeling of beauty and something elevated, good not everyone, it is simply not necessary and not interesting to anyone, but to go to the opera, the gallery, the movie, just to walk in a beautiful park will not interfere, it’s like something new, new impressions and memories that will be remembered and will be lost until amnesia happens and you will not forget everything. Consequently, the formation of these feelings begins with childhood and can change over the years and be permanent throughout life.

1 thought on “Physical Occurrence Factors and Development of Aesthetic Feeling”