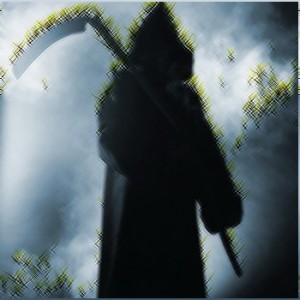 At the begining of discussion of such a complex theme as the moral aspect of the human’s fear of death firs of all we need to answer some important questions. They are: “What is morality?”, “What is fear?” and, last but not least, “What is death?”. If we will be able to answer those questions we will be able to understend all the complexity of this elements. But we, of course, should not forget that different folks, cultures and nations maintain different moral values. However, despite of this the fear of death is crosscultural.

And to begin with we will try to find out what does moral means? To define this term we need to do some research. On the net I found this interpretation: “Moral – adopted believes of the society about good and bad, right and wrong, good and evil, as well as a set of rules of behavior developed from these ideas.” Going into this issue further, we can come to the conclusion that the term that we need israther morality but moral.

Now we need to figure out what it is. According to Kant, the action only then contains morality, not just when it corresponds to the moral laws, but when it originates from the very idea of duty. Moral – relating to ethics, appropriate to ethics, morals, and (especially in French and English) opposed to physical, ie, spiritual. According to this statements we may conclude that morality is somehow human’s quality that originates from the inside, wich means of person’s essence, not thoughts, however, it combines with the generally accepted norms.

The next term is easier to define. Fear. In the dictionary of general psychology it is written: “Fear – an emotion that arises in a situation of threat to the biological or social existence of the individual and is aimed at the source of real or fictional danger. To differ from other types of pain and suffering, which are caused by the action of a real dangerous for the existence, the fear arises in their anticipation. Depending on the nature of the threat, the intensity and specific experiences, fear varies in a very wide range of shades.”

The question of why people experience fear and whether it is needed at all is more than multidimensional and complex. During the study of this question I grouped found answers in three categories: “Yes, we need it. It helps us to develop”, “yes, it is necessary, it saved our lives during centuries,” and “no, it is not necessary, if you interested in life, and think with your head, then why should you be afraid of something?”. That raises questions. But, mostly, in discussions the conversations are about fear as phobias. Fear of death, in my opinion, is something else but we will come back to this later.

Talking specifically about death, this is the most difficult concept in terms of philosophy and in terms of life. In essence, the word death means the end of the biological existence of the individual (human, animal, insect, bird, virus, etc.).

The idea of death is a general feature of man: only people aware of the limited amount, irreversibility of life and the inevitability of its end. Death as a natural phenomenon still remains the most difficult to comprehend and inaccessible to regulate and foresee for the humanity. In order to acquire at least some supporting base people tend to attach some meanings to death, to build their attitude towards it.

Here the difference of cultures comes into play. If we talk about the Western European culture, the course of history with the idea of death in it have undergone significant changes, eventually having come to the conclusion that death is something undeniably negative but certainly inevitable.

Referring than to the oriental culture, we may see that death, although it has a bit of sadness in itself, yet is viewed more as a transit stage of being, rather than a dive into oblivion. So why people are afraid of death?
Having considered three concepts we discussed earlier in details you can do some definite conclusions: the fear of death – is a particular aspect of foreseeing the end of the person’s biological existence. As for morality, then I can imagine that this is how people react and how they act in the framework of this aspect of the end of the existence.

In our society we tend to not talk about death, its very concept is seen as something negative, bad and causing suffering and pain. To avoid the fear of death, man has invented religions that explain what’s going on, and in many cases also continue human life, after its biological endpoint.

Here the fear of death appears for people more like the fear of losing themselves, their significance, that is, the fear of devaluation of their existence. In addition, fear of the unknown is typicall for every humanbeing. We are scared of what we do not understand since the ancient times, and death, in spite of centuries of many attempts to understand and explain it, still remains a mystery to the human mind.

At the same time, there are certain rituals. In our culture, the so-called burial, funeral, etc. It is a kind of celebration in memory of the deceased (departed into another world). In my opinion it is done from the sense of duty, respect, understanding of the dead, it is precisely the morality that comes from the spirit of the man himself.

If we talk about understanding of the death in the cultural section of the eastern traditions, there fear comes more like a concern. Eastern culture is largely based on an estimation and on public opinion. So the fear of death in the eastern culture looks not like “Where do I get after?” but rather like “What society will think about me? Did I made enough important things, to have the right to die, in the public eye?”.

In conclusion, it should be noted that whatever the cause of the human fear of death is, this fear is perfectly normal. After all, the fear of death is a cross-cultural phenomenon.