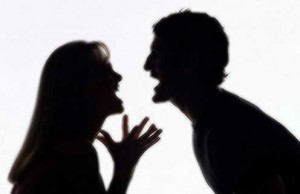 Every human being is a part of a certain social medium, a constituent part of a society. All people have their own views, beliefs, priorities, principles and desires. People are different as well as their characters are very dissimilar.

Conflicts arise due to irreconcilable disagreements between the characters of people who are in the same team, due to different views on the same things or personal enmity.

The conflict is a clash of opposing views, principles that lead to moral and sometimes to physical fight between the participants of the controversy.

There are many kinds of conflicts, and therefore there are many methods of prevention and ways to overcome them. The best option to prevent the conflict is to avoid it. This task is usually imposed on a manager or a tutor. It depends on between whom the conflict happens – between employees or between students. However, this task is not so easy, as it seems at first.

The manager should make a healthy atmosphere in the team, he have to know the basic principles of teamwork, to have some knowledge of psychological conflicts, and to understand human psychology to a nicety to be able to distribute tasks among employees. The manager should do all this things.

Of course, many things depend on the nature of the employee. For example, a creative person cannot do routine work perfectly, as a calm and quiet person would do this work, and shy people cannot do their job with creativity and imagination. This is the base for a large number of disputes between an employee and a supervisor/manager.

Preventing of conflicts is important, but you should not overestimate it. Sometimes all your efforts come to nothing and conflicts happen. Main point is a character of a person whom these efforts were aimed at. Some people have an aspiration for personal freedom and independence, and any interference in their relationships with colleagues or team fellows they perceive as the intention to limit their personal space. Other ones believe their demeanour and the way to communicate are entirely their private matter, and if somebody wants to help them, they regard this attempt as a violation of ethics norms and rules of morality.

The only way is to identify possible factors and causes of disputes or conflicts and try to eliminate them quickly. Thus, removing reasons of the conflict – we avoid occurrence of the conflict.

Sometimes managers use different methods of conflict prevention. They are trying to make friendly relations in the team, to strengthen cooperation between colleagues and others. Generally speaking, in order to avoid conflicts all members of the team must be discreet and tolerant towards their colleagues and friends, whom they are studying or working with. They should not let anyone insult himself or herself and, at the same time, they should not overreact to anything that they do not like.

If someone failed to avoid the conflict, then he or she needs to know how to overcome it correctly. Under no circumstances destructive resolve of this collision, which means a physical problem resolution by means of fight, can be admitted etc. The trend of events should be directed to constructive direction, where all misunderstandings and inexactitudes are eliminated verbally without fight and violence.

Rarely a conflict can be resolved without another’s help; in most cases, the help of the third part is a precondition of conflict resolution. It is necessary to help all sides of the conflict to reach a compromise, which will not restrict wishes and principles of one person, and will be based on give-and-take.

Effective one is a method of constant and even conflict resolution, which is based on the point that each of opponents has his or her say and aggression that was overflowing earlier will be partly reduced or will disappear at all. In situations when different methods are not effective, they resort to strong measures, such as prevention of development of next conflict events.

In this case, conflicting people cannot contact with each other, communication between them is ceased and prohibited. When emotions become not so excessive and the peak of fight is in the past then the prohibition is terminated. In some case, the inverse approach can be applied. The inverse approach is to unite conflicting people with common task, which helps them to understand each other’s point of view and come through complications they have.

Thus, the conflict is a complicated psychological phenomenon, which can occur in any team irrespective of an age, a sex, a social status or physical development of its members. There are different kinds of conflicts according to reasons of occurrence, manifestation form of conflict of interests, stages of conflict and their consequences. In the course of the conflict, different people feel different emotions, go through developments and analyze them in different way. Any emotional experience can cause psychological consequences. That is why it is better to avoid conflicts and take care of psychological health.