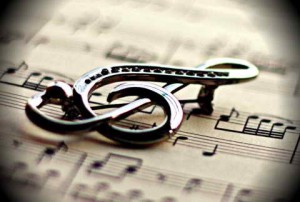 Microtonality is rather a complex concept to define, due of the broadness of the term itself.

However, if we try to define it in general terms, then by the word ‘microtonality’ we can mean a notion of a musical system (or part thereof), the minimum and maximum of which go beyond the limits of the established frames of western music theory (esp. in a part of musical tuning). That is, the sound/music system where, may be present intervals less than half of ‘western tone’ – so-called ‘microtones’.

And the number of those microtones (tones / half-tones) within one “octave” may exceed the usual twelve. Or, at the same time, there might be present division of an octave into less than 12 (even or uneven) parts. In other words, ‘microtonality’ implies an alternative system of ‘musical tuning’ (tone setting). Speaking about the world phenomenon of the microtonality, we can firmly distinguish at least two present meanings of this word (which are currently in modern use):

1) The first meaning relates to music within western tradition (contemporary or of a classical age), which tries to depart from the established canons of the composition and interval harmony within a mere 12-tone equallytempered musical system (so-called ‘twelve-tone equal temperament’ aka TET) and actually go beyond these 12-tones. It is a kind of ‘avant-garde’ direction with a number of various branches, a common feature of this – the use of a musical 144 palette with a wider range of colors; or the use of shades with a more detailed gradation of transitions between them. In other words, the maximum number of tones in one octave of such system may exceed number of 12, and the minimum interval of which may be smaller than a “minor second” in western music.

2) The second meaning refers to types of authentic ethnic world music, which also does not correspond to the key elements of western music theory (like mentioned above), and differs from it by a number of features, the most important of which are: the difference in musical tone & scale tuning (temperament). It is this kind of music, in which we will be interested in.

Music of this type when it is studied (or just listened to) can rise to a number of important issues, that will reveal the complexity of the work-process with compositions of a microtone nature. {Conceptual perception}. Often, we take the western system of music for granted: it is perceived as some sort of standard, as an indicator, as etalon of music itself (as it is).

And the rest of ethnical world music perceived as a kind of exotic version / variation of a same ‘western-like’ music frameset, with differences only in the matters of composition, rhythm and a number of unique instruments, which are absent in the west. However, this kind of representation is extremely superficial! It is true that the ethnic music may differ from the western one by the laws of composition, rhythmic structures and incredible diversity and uniqueness of musical instruments. Yet, such distinction – is deeply superficial and one-dimensional.

And it is not, what actually distinguishes most of the diverse world musical traditions from western ones in its root. Because, its root lies in a difference of the theories of music, main (and minimal) basis of which: is the different ways of musical tuning. {Auditory perception}. For the westerner it may be somewhat difficult (or even extremely difficult) to audibly perceive the microtonal pieces of music.

First impressions of an auditory perception of this kind of music can be regarded as non-harmonious and rather dissonant (cacophonic) and something outer alien. This is all due to the fact of our own sense of ‘harmony’, which we all have inherited and developed in western culture: in which, the notion of ‘harmonious’ is relative to how we perceive intervals of the 12-tone equally-tempered musical system (or, at least, a system approximating to a uniform temperament).

Intervals, which are either “wider” or “narrower”, may seems disharmonious to us, and they may appear lacking natural, pleasant sonority. [This problem can be named] We can name this problem / issue as an “auditory perception barrier” (“culturally influenced perception barrier”). And, often, due to the difference in tone-tuning of microtonal music, it received a label of “non-tonal”, “atonal” music (even in some scientific circles).

And unfortunately, even now, tendency to naming it as ‘atonal’ have a place in the modern world. Speaking of that, we must firmly understand that this term is inappropriate and inaccurate in its essence, and besides, it is purely chauvinistic. Because it directly-indirectly implies that the standard and definition of the “tone” belongs to the West.

Few now really take such an extreme and radical view. However, the term “atonal” as a designation of many kinds of ethnic music still can be found in our modern usage. And this, 145 certainly, must be changed; changed by removing it from the use! It should not be applied in a relation nor to the western microtonal music, nor, and more so, in respect to the ethnic microtonal music from around the world.

{Study}. Research of some forms of folk microtonal music can have its own difficulties. A) We do not have single (monolithic, uniform) method of musical notation for microtonal music (especially for unique and complex compositions). Therefore, the descriptive analysis of some microtone works can be extremely complicated. B) In addition, western musical theory may not always serve as the mainframe (theoretical skeleton & standard of reference) for learning other complex musical systems of the world.

That is why it is proposed to study each musical tradition as a completed whole, using (preferably) the terms inherent and embodied inside itself. At the same time, it should be compared with western and other ethnic musical traditions. That is, actively using the comparative method (i.e. methods of comparative ethnomusicology).

{Preserving a heritage: Final conclusions}. There are an incredible variety of unique musical traditions around the world. And, to a greater degree, almost all of them have their own unique musical microtonal tunings and micro-tone compositions (Persian, Arabic, Armenian, Japanese, ancient Chinese etc.). This is what is at stake.

In the present globalizing world, western civilization carries enormous pressure on local, smaller cultures, including in the field of music. Traditional music is replaced (in some places faster in some slower) by western (or western-like) one, and traditional ways / methods of musical composition and musical tuning are replaced by modern world standards. Thus, many original works lose their original microtone essence, their original sound quality and feeling.

It should be said, that this process, to varying degrees, is already going on for a couple of centuries. The task of science lies in the unbiased analysis, research and preservation of every unique musical tradition, their comparative study and thus enrichment of the understanding of the music phenomenon. That is why it is so important to keep traditions in their original beauty of all of their unique microtone colors.