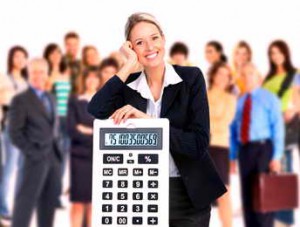 21 century difficult enough time, change of the mode of the state, change of moral of people, culture, them vital principles. Through that that quickly changes science, technologies occupy the first places in almost all spheres of vital functions of people, cardinally changes and man and his behavior in various situations.

Most interesting is moral development of separate man, and in our case of economist. It would be desirable to pay attention to the modern conscience, what of her is today and that by a soba presents. Do People often speak out : “Where is your conscience”?, “you are unconscionable” etc.

A conscience in my opinion mostly works as control of the acts, but she can not be moral quality. Usually all of us understand that in our society we do not so as it wants us, and so because it is needed. Every specialist including economist sends the actions to the concrete task, trying to do it with a conscience, but certainly through that that it needs (or not only to him) him. It would be comfortably from one side, that a conscience was automated, for example such as a game, because we are played through that that want, but not because it needs us, but from other side it is better to have control above a mind, in exchange, to renounce her in general.

A moral must be present for every economist, but unfortunately it not always so. Because in our society of concept moral man it is not very widespread and to such internals as a conscience, respect is spared small attention.

In our time people quite not begin to think of that or they are moral. How in general a moral being in their life.

Profession of economist, as me it seems to must put such internals of man as moral and conscience on a foreground. Because an economist works with documents, reports, that touch a record-keeping, and economy materials on the whole. And all of us know that be – it can earn additionally what document, change statistics in behalf on itself or in behalf on a customer. Usually that doing such is not needed, and in general it amorally in relation to other people.

Economist as well as any specialist that related to the economy of country or economy of any enterprise must clearly understand the rightness of the actions, distinguish the acts on positive and negative in this activity, and to avoid negative consequences, and to do everything for that never there was afterwards a question, why did I it do before?

unfortunately, in our country the system dominates on the modern stage, as in an economy so in other structures, that quite not takes into account the moral internals of separate people or collective in on the whole. It is needed, usually to lean against the personal internals of man, and to try to perfect them, but not vice versa to operate only on the rules of other people, that quite not wish to you the best.

In modern society we do so as they say to us other, but not so as we wish it. Most people in general do not know that such the moral and moral internals, because many their rules and ideas, have other people. Even unaware it we often appear under act of stranger ideas, considering them by it.

A moral for economists is usually present. But under act of modern situation, an economist forces to change the actions, maybe not on a benefit to the soba, or separate people.

A conscience is important quality of everybody, because it is our control after actions and acts, due to her we often will not do what it was desirable б. She brakes us in many situations, but lately about her began to forget, or it is simple not to listen and operate vice versa.

For a good economist usually there must be a conscience and he has her to listen in many cases of the life. Unfortunately, all anymore people become unconscionable, or simply want such to appear.

As on me then a man has a conscience, it is a very good value. Because now her not so often will meet brightly expressed, for young people for example. All for some reason want vice versa this quality to hide, maybe simply to the end does not understand why she to them.

I often hear from other people that modern youth can not being further time by good specialists, and to execute all tasks for the sake of improvement of our country. Because young people became lazy, does not want to study, but loves entertainments and rest only, and also young people not educated, arrogant, and quite not respect elders. It is talked so because moral principles for young people are not developed.

In my opinion on this occasion, that to not all young people such behavior and such principles are inherent, all above enumerated defects can be inherent to not only the young people and to the specialists but also all our society. Such situations are possible vice versa when specialists(economists), senior age, ignore a moral and decency.

Basic moral internals and values for a modern economist must be such: responsibility for business that you do, respect to experience senior specialists have that, execute work with honesty and decency, to be energetic in the activity. And certainly nobody abolished such human internals as kindness and humaneness.

I consider that these internals that I enumerated certainly must become leading in activity of modern economist and even simply for everybody.

Actually I consider our modern economists clever and interesting. But a main defect that is in every collective or organization there is that among a personnel many egoists. It touches not only an economic profession but also society on the whole. Because nobody wants to yield the own interests and ideas for the sake of general benefit.

But young specialists always carry after itself something fresh, open new possibilities, and change the world. More main all, that a young economist was not afraid of his role in society and did not grow into an old “man” in a young body. So certainly, a young economist does not have such vital experience as a well well-educated, senior specialist. But however, why to lose the uniqueness?