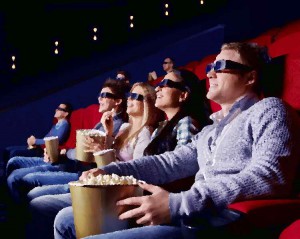 Dynamics of a Performance

Should the dancer merge with the dance or be different from it? In the philosophy of dance, pertaining to the context of Indian Classical dances, I would like to focus on the dancer-audience relation and the dancer‘s relation to what she produces by way of performing. Most dancers today, claim that their body is a mere medium, that movement merely flows through them. The medium‘ can be understood in a spiritual sense when dance was closely linked with God(s) and the temple. But considering dance as a performing art, this claim, which is also aimed at as the ideal state of a dancer, raises interesting philosophical questions. Moreover, I suspect that, in the teaching process such beliefs produce only awe in the students rather than help them better their performance and ensure aesthetic experience for the audience.
Author: Janhavi Dhamankar (MPhil)

I see it as my professional task then, to create my own, distinctive flow of time, and convey in the shot a sense of its movement…and to one person it will seem one way, to another, another,? as Andrey Tarkovsky writes in his Sculpting in Time. Cinema, as a particular form of art, sets images in movement; editing a movie, according to Tarkovsky, is sculpting in time.

In cinema, time can manifest itself through the connection of sequence shots and through montage, yet can time have its own pure image? Is time based on montage, which subordinates to movement, or can time be free from movement and have a direct time-image? In his two books, Cinema 1: The Movement-Image and Cinema 2: The Time-Image, Gilles Deleuze tries to provide an answer for these questions.

In his analysis of cinema, Deleuze is deeply marked with the theme of time. According to Deleuze, the greatest revolution of cinema is the emergence of the time-image, which occurs in the postwar period. By placing a variety of irrational cuts and incommensurable relations between images, cinema offers complex ways of linking together past, present and future.

Furthermore, time-image in cinema is deeply connected with Bergson‘s time theory. Cinema is Bergsonian, as Deleuze notes. This paper aims at bringing out the particularity of time-image of cinema and engaging with Deleuze‘s new accounts of movement and time.
Author: Ruihua Fu (MPhil)

Cinema: A Violation of Reality or a Sincere Representation?

In the 21st century we are confronted on a more regular basis with several and new forms of media. Thanks to the digital age, the invention of the Internet and virtualization, media are becoming more prominent and present. We can consult several forms of media on every single event that has happened now and over the past centuries, which provide the user with a never-ending and up to date source of information on reality.

Therefore, we could say that media represent reality or provide us with a representation of reality. Within the framework of news broadcasting, documentary films, commentary blogs, or (journalistic) photography, media try to show us what is happening in the world – they try to show a record of reality. However the process of accepting a representation as (a part of) reality is not as simple as we tend to think. The image represented can be violated, as Jean Baudrillard says. The original representation of reality can be reformed or manipulated in order to affect the idea of the events in reality.

Therefore, we must not value every representation in media as a true record of the real. This misinterpretation arose through history several times and became again more recent due to the current presupposition that cinema provides us with the possibility for true full representation. Through the work of several contemporary filmmakers and philosophers (Ranci?re and Badiou) we will discuss the status of the representation of reality through images in cinema.
Author: Lina Nasser (MPhil)