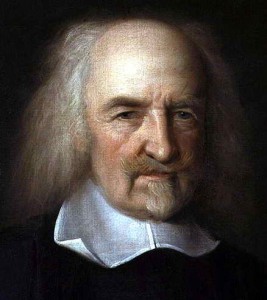 Rather than simply working out a justification for government, social contract theory provides an explanation for the coming into being of mankind. In other words, while the establishing within reason of a government appears as the purported objective content of the classic texts of the period, namely between Hobbes, Locke, and Rousseau, that is not the end of the story.

I will specifically note the extent to which ‘nature’ and ‘artifice’ form crucial moments of being, and furthermore what makes possible their movements: an order of transcendental simulacra. Additionally, I will analyze the being of the sovereign, terror, and freedom as they form critical moments in the becoming of mankind in Hobbes’ text.