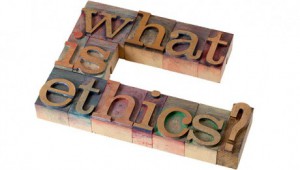 To my mind, it’s happened very funny situation. If consider that my relations with philosophy haven’t had good results from the second year of my study at university. I don’t understand the main idea of philosopher and especially the specialty of a philosopher. To be a philosopher for me is nothing useful to do and simply think philosophically about the life. Every person is engaged on thinking of her existence almost all her life.

Imagine that you have just graduated from the university and get a philosopher degree. You teach young students that in future will teach others too. It is something like a closed circle. Is it possible for philosopher and philosophy to save our lives, Is this science can help to repair the roads, cars, electric products or teach a child. It can only philosophize on that how bad roads, weak people, substandard electricity and difficult modern children.

But it is worth to find the right decision from the theme of this composition “The philosophical character of ethics”. to write the work which have the law to exist. There is one advantage in this composition. I don’t have acne problems with ethics.

There are many different definitions of the word philosophy. In me, opinion the best of them which determines this concept will be: “ The philosophy is low toward wisdom”. Is a science which includes some system of knowledge about our place in the world, society, and nature. Philosophy develops in free discussions trying to observe all around the world.

The determination of ethics has some contradictions. Some sources definite it like a science ethics explore the morality and others as a topic of philosophy.

The philosophical character of ethics goes to person’s position to the reality is the image of world relations.

So ethics is one of the philosophical subjects. It examines the problems of life and ideological character. Ethics searches the laws of social moral life, the tools and methods of improving relations between people, the measure of humanity interpersonal relationships and moral attitude of a person towards nature, a moral personal culture which is expressed in methods and tools of the activity.

Ethics observes the spiritual structure of personality what characterize the culture of relations between people. On the basis on ethical theory, it is disclosed the definition than moral sense is not typical for every person’s correlation to the world but for those which has a clear indication of humanity.

Ethics is often called “Practical philosophy” and is tracked as in the range of philosophical skills which explore the problems of morality, the way of people’s life and behavior, how to live, how to act.

At the end, it is worth to understand what manage a person, push her to inactivity of a work in some focus.

Ethics selects two categories of problems and lines of studying. They are theoretical (philosophicaly religious and scientific) and practical. The main of them create “regulatory ethics” – code or report norms, the rules of behavior, the foundation of morality, which are obeyed and shadowed by a person.

Ethics is said the language of our mind, produce clear theoretical statements, the order of logically grounded convictions. This exactly connects the science with ethics/ But going out from simply structured in modern life the awareness science as the method of knowledge. It is managed to creation unprejudiced real experience which based on empirical facts. So ethics can not be supposed as a branch of science. By typical building of problems indiscipline own life focus ethics is considered as an area of philosophy. In other words, ethics is a philosophical discipline.

The Russian philosopher N.A. Bereaved, emphasizing this high understanding of ethics as moral philosophy, said: “Ethics is the final part of the soul philosophy. It picks up the bearings of philosophical way of life.”

Ethics as the discipline of philosophy in that or this way solve a lot of philosophical problems, also, the problems of knowledge theory and ontology. To answer these vital questions, we need to contact to the most important concepts about the kilter of the world building to understand ontological regime. Ethics in the case of moral reasoning influences not only in the ontology (the science about existence) but also in epistemology ( the science of knowledge). A person has to be sure that the world of appreciation the morality not only exists, and in that what person is able to catch the versatility manifestation of this world.

Consequently, the philosophical character of ethics is shown in such way that ethics and philosophy are mutual studies, which can’t exist without each of them because ethics is supposed as one of the main subject of philosophy. So it is real to affirm that philosophy can’t obtain without ethics.

1 thought on “The philosophical character of ethics”