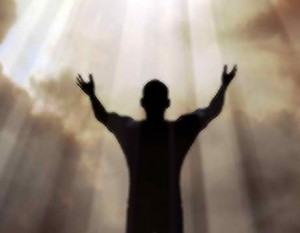 Besides Marsilius received a good medical education and experience of a medical practitioner. He was a military man, studied theology and principles of natural science and physics. During his travels as a young man Marsilius got acquainted with Italian politicians of the late XIII and early XIV centuries. It played a decisive role in forming his views, political positions and character.

The German historian Riezler pointed out that the future rebel experienced himself in different fields. Because such a free and courageous mind could not go out of an isolated study. Marsilius was ordained into a catholic priest in 1318. In 1311 the thinker became a teacher of “liberal arts” at the University of Paris. A tract “Defensor pacis” made Marcilius of Padua quickly famous in many countries of Western Europe. It was created as a response to urgent problems of social and political life.

While being in Avignon, Marcilius becomes closely acquainted with the customs of Catholic elite which were dramatically different from the way of life of Christ and gospel commandments of apostles. It formed a critical attitude to the ideology of papacy, discouraged the future author of the rebellious tract from a career of priest. At that time the papal Curia is a den of thieves who are involved in trading of spiritual and earthly comforts.

The philosopher is indignant at benefit, impudence and love of power of bishops. Despite the fact that in 1324 Marcilius published anonymously a tract “The Defender of Peace” it becomes popular very quickly and the author of the work had to flee the country. Marsilius of Padua is concerned about two important issues in the political life: firstly – the absence of peace between Pope and secular rulers, especially the German Emperor, and secondly – Pope’ claims on absolute power.

Marcilius calls such views “pleni?udo potestatis” and considers it a disease. According to this position in the face of pope the state must be subordinated to the Church. Marsilius’s philosophical education and position played the main role in his political views. Marcilius belongs to an intellectual trend of XIII- XIV centuries, known as Latin averroism. Averroes, an Arab philosopher, who lived in Spain thought that pure faith and philosophical discourses had to be separated. If you fail to do this, ordinary believers will not be able to perceive evidential arguments.

They do not understand philosophers’ allegorical interpretations. They cannot accept a philosophical approach and that will lead to the loss of faith. Eventually they will be left without faith and mind. That is why faith and mind must exist separately, and mind must dominate. Marsilius is committed to these positions.

But advantage of philosophy over faith does not mean that all believers must be philosophers. The most important thing is that philosophy to be separated from those ones, who by their nature are not able to accept its methods. As mind is above faith and must dominate, its domination covers all spheres of human activity. First of all, state affairs.

That is why Marsilius states superiority of the state over the Church.

These are people who create the state. People will never reach earthly peace if one of the state’s parts, especially the priestly one, will claim on chairmanship. Such a thought was incredibly progressive but at the same time it was contrary to popular thoughts of the church and traditions.

For this reason Marcilius tries to find out the role of clergy and its tasks in the state. As Pope possesses limitless spiritual and earthly power, it is necessary to clarify this the so called “fullness of power”. If we had defined it, perhaps the doctrine pleni?udo potestatis would never have appeared. Papal power and its use have no restrictions. But on the other hand it is the human power.

So the main feature of Pope’s fullness of power for Marcilius is that such power is not restricted by the law. Such power has to be restricted.It is the cause of the state disease. Marcilius is opposed to the fact the Church in its fullness had coercive power in secular affairs. He also opposes the belief that the Church has coercive power in secular affairs.

That is, the Kingdom of Jesus is not of this world and so is not in this world. His reign will begin only after Judgment Day. That is why personal priests’ duties are in comprehending and explaining the others that only one coercive power exists in this world. This power belongs to the state.

Christians and priests must submit to the coercive power of the state in everything. “Book III presents a list of concluding propositions regarding the Church: all temporal goods of the Church belong to the ruler; Christ did not establish any positions of leadership in the Church; the ruler’s duty is to correct and depose the pope; all priests have equal authority; any coercive power of the Church and its officials comes from the ruler” [Stephen F. Brown., Juan Carlos Flores. Historical Dictionary of Medieval Philosophyand Theology.The Scarecrow Press, Inc. Lanham, Maryland • Toronto • Plymouth, UK 2007. Р. 185].

As mind is main in regard to faith, Marsilius of Padua defines the major task of the Church. The latter must advocate submission to the state law as the sole law of this world. That is, the Church is submitted to the state and faith to mind.