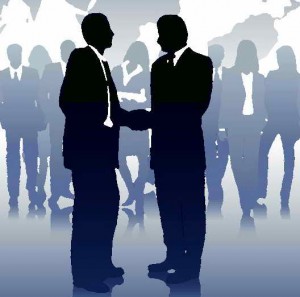 With the process of globalization, people have more opportunities and reasons to travel around the world and thus more opportunity to communicate with people from other countries. In this case, cross-cultural communication is becoming more and more important. Among the popular purposes of going abroad, study is the one gaining the most concern. Statistics indicates that, U.S is the country that accepts most of the international students, and China outputs most of the international students.

While crosscultural communication is widely spread, problems and hardship in communication situation is becoming obvious and significant. For international students in a foreign country, cultural differences, language competence, and other psychological factors all play a role affecting their willingness to communication, and thus, their personal relationships with local people, even their comfort in daily life.

Objectives This study aimed to discover the differences of the levels of willingness to communicate between Americans and Chinese, and the relating factors. By looking into the dynamic among Chinese and Americans, we can expect to establish a more effective way of conversation between Chinese and Americans to improve the communication condition, and to achieve a better understanding in their cross-cultural communication.

Method The study is consisted of two investigations. The first qualitative investigation interviewed 20 Chinese and 20 American students in University of Wyoming to determine their level of willingness to communicate. The reported variables affecting the subjects’ willingness to communicate were also recorded. The second quantitative investigation sent out questionnaires concerning different variables to both Chinese and Americans in China and US to collect the data.

According to returned 70 questionnaires, generally, Americans rate their language competence higher, and are more willing to communicate than Chinese are. However, the communication apprehension level is not different between Chinese and Americans.