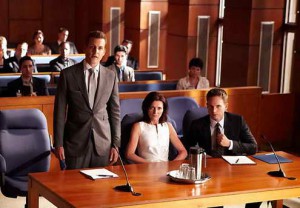 One of the main components of the moral is moral consciousness. Its review and defined as an exclusive form of social consciousness and a system of ideas, opinions, thoughts, concepts, understandings about the correct behavior that met social norms.

Speaking of the lawyer and his moral obligation, under the responsibility of a need to be understood politics of carriers of the principles defined register actions or orders for the failure of which will be provided for liability. Generally lawyer acting normally influenced by various factors such as the state, labor groups, public and hidden under its own views or beliefs. I think the constant improvement of training, staffing generally accepted humanistic values, a culture that promotes the implementation of adequate performance, can be taken as a moral duty.

In general, as a separate branch of science while a section of law, professional ethics as one of its main tasks is the study of the moral and legal right content, a feature of the implementation of the basic principles of morality and institutions in the field of legal, moral capacity of the legal profession and the individual lawyer. I think that ethics law designed to justify the moral content specialist lawyer models, analyze the main reasons for restructuring and forms of moral and professional awareness and promote the highest quality products to overcome them.

Also to be included in the forms and methods of studying the moral formation of juridical apparatus, ways of improving their moral and professional culture. If we take into account the legal science and ethics, then they acquired certain practices treatise legal practice from the perspective of moral standards compliance.

Also theoretically solve contradictions moral and legal. In the field of jurisprudence organized such ethical knowledge as judicial and police ethics and indeed in its totality legal ethics.

Speaking on the activities of the working of the legal profession, it is generally based on the following fundamental moral and legal principles as humanism, legality, independence, justice, patriotism, and other publicity. In my opinion ideological reference point of moral consciousness – is the principle of morality, expressing and forming institutions in most collective form.

They accumulate moral sense and moral aspects of the relationship and is for moral behavior of man, society and communities basic strategy. Generally, moral principles compose moral standards in a particular field of social life or functioning and is central to human behavior. For the whole of society, they are common and necessary especially for workers and other internal organs.

For the legal profession, the demands of morality are crucial, as the real law and order in society formulated and legitimized where police are based on the following principles as humanity, honesty, justice. Any lawyer has to understand that the right and necessary one lawyer and an expert who knows how to properly and competently to circumvent the law, I’m not the one who adheres to and treats, the better for the individual and for society in general.

Services and workers operating in circumstances threat governed by moral rules that its structure can stand out from the general humane morality, but they follow their moral content. I think that is the main focus on the moral example of good service, the fight against evil. Generally, in modern terms, is appropriate guardian signs such as the ability to solve service problems, tasks and the ability to “undertake.”

I also want to express their views on the moral and legal status of lawyer. In their professional lawyer should abide by laws of Ukraine, remedy its legalization and practical implementation of the rule of law and legality, to use all acquired abilities, skills and professional skills for proper representation and protection of rights and legitimate interests of entities. A lawyer can provide customer instructions deliberately aimed at accelerating the crime or offense deliberately or by other factors contribute to the commission of his client or any other person.

Also, the lawyer is not entitled to their professional resort to methods or tools that contrary to applicable law or these standards rules. Speaking of privacy lawyer, and there he is obliged to obey the law, do not lead to violations and not deliberately promote the commission of the act by others.