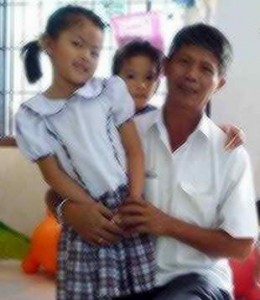 Building on the ethnographic and historical studies of R.H. Barnes and Cynthia Chou, and operating within the larger context of the problematics of nationhood, national development, and the creation of a “national identity,” this paper focuses on the dynamics of continuity and change as experienced by two groups of Orang Laut (sea nomads) within the Indonesian State. While both groups are for the most part similar in tradition and culture, their encounters with global modernizing processes and the integrative forces of the nation-state are mostly divergent.

The Orang Suku Laut groups in the Riau-Lingga islands have been marginalized by mainstream Indonesian society and made the focus of government directed acculturation and “development” projects. Regarded as subordinate groups or backward microsocieties, the Orang Suku Laut of the region are viewed by the State as impediments to the progress of national development who must be made to conform to the idealized, or imagined, “national identity,” as delineated in the Indonesian constitution of 1945.

As a result of these government projects, in addition to increasing global and local demands placed on the environment which they depend on for survival, change has been thrust upon the Orang Suku Laut peoples of the Riau-Lingga archipelago. These relatively new pressures have elicited a variety of responses within the Orang Suku Laut communities of the area, some electing to adapt in the manner demanded by the Indonesian government and others fighting to retain their traditional way of life. Conversely, the Orang Laut groups of Lamalera and Lamakera, on the islands of Lembata and Solor in the Nusa Tenggara Timur province of Indonesia, have had a somewhat different experience with modernity and have felt little pressure to conform to the national ideal.

Their relatively remote location, in addition to their less nomadic lifestyle, has situated them in a more tolerant relationship with the national government and inland populations. However, while the pressures may not come from government-sponsored projects aimed at integration, change has nonetheless reached the people of Lamalera and Lamakera in ways that threaten the long-term survival of their traditional way of life.

In the last sixty years, Increasing pressure on their fisheries and coastal resources, in addition to the allure of new markets and opportunities in the inland cities and on other islands, have produced change within the culture and lifestyle of the Orang Laut in the province. By examining the historical encounters of these two groups with the changes produced in the post-colonial era of Indonesian development and nation-building, this paper seeks to identify the problematic nature of a fashioned “national identity,” and in doing so, ascertain the impacts of such totalizing projects on indigenous groups within the archipelago.

Utilizing both primary and secondary sources, this paper briefly traces the history of these Orang Laut groups from their once distinguished positions in the Indo-Malay polities of the 16th century to their current predicament, focusing most intently on the post-independence period in which issues of economic, political, demographic, environmental, cultural, and social transition are more observable.