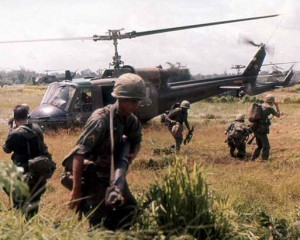 Memory refers to recollection of personal past experiences. However, memory works forward as well as backward; the past is shaped by the future as much as the future us shaped by the past. The politics of memory reflects that. The struggles in post-war Vietnamese society over the losses and trauma of the war can consider another war-and-reconstruct process. My paper seeks to explore the connotation of memory and examine their value when constructing a view of the past toward healing. In company with the term narrative, I want to present the three stories focus on the human dimensions of war.

These stories are different from the more familiar narratives of the war: the first one is the diary of a Vietnamese woman doctor who was killed in the course of battle and which has just recently become popular in Vietnam after it was returned by a former American soldier – “The diary of Dang Thuy Tram”; another is the novel “Sorrow of War” written by a Vietnamese war novelist, Bao Ninh, talking about the haunted memories of war losses; and the third is an awarded documentary film made by a Vietnamese director about American veterans’ returning to Vietnam 30 years after war – “The sound of the violin in My Lai”.

Recognizing and giving voice to one’s suffering is necessary stage in moving past that suffering. The honest of Dang’s diaries create new awareness for the soldier who returned the diary, for many Vietnamese and Americans today. It promotes healing, because the wounds from the war are still greatly unhealed.

The novel of Bao Ninh does not assign evil just to the Americans, but the war itself. The novel include descriptions of the horrors of American warfare but also about the underlying forgiveness which is like an underlying Buddhism, a kind of quiet compassion that refuses to tell the story of the war in the language of right/wrong, our side/the other side. The third narrative is about the film “Sound of violin in My Lai” which creates healing through awareness.

Talking about Mike Boehm, a Vietnam veteran and now is president of the My Lai Peace Park Project where he has been creating two peace parks in My Lai to honor war victims and offer hope for the future. Mike played the violin in the movie expresses his sorrow and inspiration of Vietnamese forgiveness and understanding. The effect in reconciliation for both side come naturally as the My Lai Peace Park is so symbolic. In the middle of the place where it happened the massacre 30 years ago there is now a green monument of peace.

Three narratives create new levels of awareness about war in general, which in turn promote reconciliation on all sides. Since Vietnam and the U.S. reestablished relations with each other, Vietnam society is changing dramatically in both economic and political terms. However, there are still various issues left over by the past. The key to overcome the differences is dialogue and SHARED with each other nonetheless.