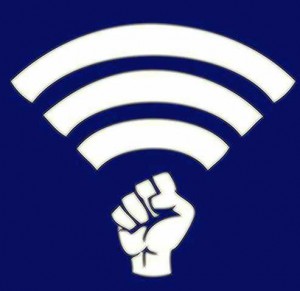 In recent years, social changes have become the basis for the emergence of the concept of “digital revolution”. This is a fairly broad concept that covers possible social, economic and political changes based on advances in information and computer technologies.

It should be noted that both in the mass consciousness and among researchers there is no identical, even terminological, understanding of what exactly should be attributed to the most important technological achievements of the «digital revolution».

The general characteristics of the achievements of the «digital revolution» are usually attributed, firstly, autonomy, and secondly, the ability to self-development («machine learning»). «Digital revolution» generates ethical challenges and risks in the following aspects:

1) Ethical problems arising in relations between people when using «technical mediators». These can be problems in personal relationships, for example, communication in social networks, but also changes in professional ethics, for example, in the provision of distance medical services, education, legal assistance, etc.

3) Ethical problems of the «digital economy» which are concentrated, firstly, in changes in the labor market, the reduction and even disappearance of a number of professions in a short time, and secondly, in the problem of equitable access to the achievements of the “digital revolution”, in thirdly, the appearance of new types of discrimination or the revival of old ones. These trends are the basis for the risks of increasing social inequality and growing social tensions.

4) Problems of «responsibility» of autonomous and intellectual technologies, which is closely connected with recent developments that have been called «machine morals» («morality of machine»). In this context, the most important issues are the distribution of responsibility (developer, user, machine), as well as ethical boundaries for the possible use of «moral machines» and the degree of trust to them.

5) Changes in the moral norms of behavior in the context of «transparency» and facilitating access to information about the activities of social and political structures and institutions, commercial companies, etc., with changes in the boundaries of confidentiality in the professional and private spheres, up to the disappearance of privacy.

6) Social risks of immoral using of the achievements of the «digital revolution» for the purpose of commercial or political manipulation by individuals or groups, the danger of intrusion into private life and the creation of systems of total control.

7) The latter risks in this list is the fact that can be figuratively called «syndrome Frankenstein’s monster», that is the fear of the danger of leaving the automatic systems of control.

And if from a modern point of view the «Rise of the Machines» looks as fantastic scenario, the possibility of technical disaster due to computer errors is a reality yet. These ethical challenges and risks require theoretical comprehension and consideration when forecasting the prospects for the development of the society of the «digital economy» and the practice of creating «revolutionary digital technologies».