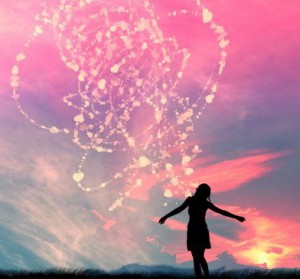 In the Metaphysics of Manners, Kant claimed that freedom is “the only original right inherent in every human being because of his belonging to the human race.” Therefore, a good life in society is therefore impossible without freedom.

However, here, in the Metaphysics of Manners, Kant ascribes to freedom and equality a certain identity. He defines freedom as “independence from the coercive arbitrariness of the other”.

The fact that we are talking about equality in this case can be inferred from the following definition of equality by Kant: – it is “independence, that others can not oblige anyone to do more than what they can on their part therefore, to oblige a person to be his own master.” Should it then be argued that a good life is an exceptionally free life.

And what is meant by freedom, if it can be easily replaced by equality? Research Hannah Arend draw attention to the fact that in the family, for example, in family relations the issue of freedom is not put in principle. In this case, freedom is not at all a universal value, as it can not be found in any form of relationship between people and in any community.

So in tribal communities or in the home life the factors that determine the behavior of people and their actions are not freedom, but vital needs and concern for their maintenance. In this case, it can be assumed that any joint activity requiring the allocation and clear fixing of roles, duties and responsibilities, placing a bet on the “cohesion effect”, excludes the freedom of individual manifestations.

The politics is another matter. “Without a politically guaranteed public sphere of life,” writes Arendt, “freedom does not have scope for its manifestation. Of course, it can remain in people’s hearts – like desire, aspiration, as hope, but the human heart, as you know, is a very mysterious place, and what is going on in it – you will not prove it. Freedom as a real objective fact does not exist in isolation from politics, these are two sides of one thing.”

Is freedom really, in the sense of non-interference of others in the personal affairs of everyone, ie, freedom? as the achievement of personal autonomy, as freedom in itself, is a key and basic conviction. Such a negativeisolationist (Hannah Arend) approach to the definition of freedom calls into question, in particular, such an authoritative researcher as Ronald Dworkin, inclined to assert that liberalism rests on a fundamental commitment not so much to freedom as to equality.

According to his egalitarian project, freedoms (such as freedom of speech and assembly) lead to equality in duties and respect. Their equal distribution is one of the stages of protecting equal distribution of resources, conditions and merit. The special status that is attributed to these basic freedoms in modern ethical theories does not follow from the particular importance of freedom, but rather is a way of expressing equal care and respect.

The problem that requires discussion is the extent to which the traditional postulates of freedom can be replaced by the value of equality, a value that hardly finds its place in the modern moral theories of a good life.