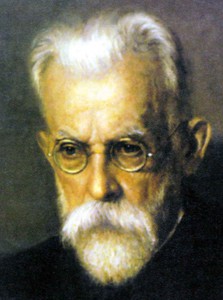 Prominent Ukrainian and genial scientist Vladimir Vernadsky, had made the significant contribution in branch of the developing of sciences such as ethics and philosophy (cosmic philosophy) when worked out the noosphere`s concepts.

The international’s community have great interest in the scientist’s face, like ideas most of the greatest scientists like himself, his ideas which were more ahead then their time. Great part of problems, such as nature could be solved through the noospher`s concept and relevance of it increase. The overwhelming numbers noosphere `s studies in the focused on the environment, because the noosphere concept`sis focused on a newest vision of the indivisibility , giving contemporary biosphere. Although, despite this, continue teaching about this new sphere, the sphere of reason is not fully-considered, discussions in some aspects future.

In terminus ethics , the studding of the noosphere has a special perspective because use it we can at first: to develop creative legacy of Vernadsky, and at second: ability to analyze certain civilizational processes that reveal their complementary aspects appears.
Vernadsky began working on noosphere`s concept just before death

His scientific “exploration” reflected onto his conception. Becoming of human in conception will be analyzed by many researchers of mind sphere for the step of reconstruction of different aspects. Without regard to large attention to noosphere in to ethical philosophical to the idea, it an ethics parameter remains scantily explored. Some aspects of this issue are considered by researchers.

They also putted emphasis on the importance of ethical conditions across of the formations. Analysis of the ethical dimension inseparable noosphere`s concept, its pity but was not implemented. The work of the scientist determined that it has important scientifical – natural base for itself ethical responsibility.

Then there is an issue not just action with the human’s mind, but even with humanistic ideals.

Also, the concept has provisions recognizing the need to take account of ethical contemporary research data About the noosphere showed that moral and ethical factor are necessary mental branch. Looking at globalization like at the prerequisite for approval. To create a universal ethics options to facilitate its development. Given the ideological and theoretical concepts in the springs, and analyzing the work of Vernadsky we have to demonstrate constituent of philosophical and natural – science knowledge understand requires consideration of all of its principles.

An important factor for considered necessary unification of humanity merge into a single, indivisible globally organism., It will require encourage people to evaluate planetary component of its activities, if he will see from the moral side. Consequently, we can say, that the noosphere isn’t only matter with the principles of interaction between the mind and the ideal of humanistic ideas. In the evolutionary process of the noosphere acquire exclusive position into the world’s structure of the, because its activity and mind – fundamental in transitions factors of the biosphere (only in the normal scope of human reason).

Moreover, homo sapiens, as V. Vernadsky thought is an intermediate part of the gradual changes. Some time, rarely, in the light future of this type will appear new person, compared with our modern people, will get characteristic by the fact that, one of the all, it will appear new spiritual part. Developing the of the noosphere’s concept of Vladimir Vernadsky – unique job what is not without some controversy divergent, the position which proves great values link compares with already mastered nature of unbroken (i.e. wild). Vernadsky said such circum stances that will be need to create the noosphere: it’s social teachings, responsible (moral) mankind learned people responsible in the addition and developing of scientific ideas and the creation of a scholar social union people motivated for fitness.

Conclusion: there is the concept of humanistic ideals of Vladimir Ivanovich Vernadsky. It also sets the foundation is the spirituality of man as the highest expression of all life. Therefore, the concept presents humanity as planetary geological force. So this theory to study the noosphere was an important impetus in the formation of today’s understanding of the universe as a whole, which is aimed not only “conquer” some rules in nature, but even watching all populations and traditions, world view about the role and place people in the community and in the natural environment in terms of new values, priorities and requirements for public life, as the knowledge from true in study..