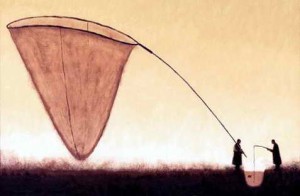 Exactly a century ago, there was a significant “reformatting” of both the entire social space and the world outlook of Russians. And it was precisely this kind of breakdown that none of the faithful sons of the country seriously foresaw.

Оutlook on life of Russians of the early twentieth century, representing different classes, were concentrated not so much on specific expectations, aspirations, but on discontent with the then-current situation. In this regard, the author would like to raise the issue broader and more abstractly than with reference to the events of 1917 in Russia. And to think about expectations in general, about the moralvalue aspects of expectations in particular.

It is possible with good reason to call a human being not only a “homo sapiens”, but also a “homo expectare”. Waiting for something meaningful. It is all the more surprising that in the established system of leading scientific concepts describing human life, EXPECTATION has not yet been established. The author hopes that a tangle of interesting stories focusing on the topic of EXPECTATION will seriously interest the representatives of the complementary sciences – philologists, ethologists, ethnopsychologists, political scientists, historians, financiers. Including – ethics.

And he considers his text a feasible contribution to the comprehension of such processes, where the subject assumes that an event will occur, psychologically adjusts to it and behaves, given its probability. Not finding the concept of WAITING in the philosophical dictionaries, the author looks at the meanings that this concept finds in biblical texts and proverbs of different peoples.

It turns out that the object for comprehension looms rather multidimensional and promising. In the context of the proposed discourse, it is suggested to pay attention to the following perspectives: EXPECTATIONS: WHO (subject), WHO (instance) or WHAT (events), IN WHAT CIRCUMSTANCES, WHY, WHAT EXPECTED, WHAT IS OBTAINED AND HOW THE INTERACTING SUBJECTS ARE APPROPRIATE TO THE RESULTS OF EXPECTATION.

After giving explanations for each of the foreshortenings, the author comes to the conclusion that on the basis of cultivating expectations one can establish humane, fair relations. Yes. Even in the most hidden corners of the human heart, there is always a place for something unaccounted for, unplanned, some aching inescapability. Absolute purity, accuracy does not exist and somewhere in the strict areas of production technology, not so much in inter-human relationships.

By the way, the “homo sapiens” for his own mind always has a space of self-development. The fact that Russia could have passed through the second social crisis of the twentieth century, in a relatively sparing manner, again puts us in a position not only to renounce the old world, but also to affirm a more or less clearly foreseen future world. It is logical to assume that in the development of psychological, moral and other aspects of culture, we still have to pass only the most elementary classes.

But it’s important to start. The author really wants to believe in our collective Russian and universal mind, in universal human kind feelings, in bright dreams, in the ability to move together along the path of cultural creation.