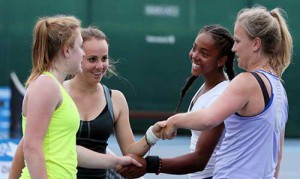 The principles of honest sport was introduced to the world for the first time by the Ancient Greeks, where the stadium for them was the arena of sporting competition. But nowadays the situation has changed. Core values, philosophy of sports and the real value of the athletes the controversial and dialect.

This is due to the fact that modern sport as a cultural phenomenon that emerged in the mid-nineteenth century, is a product of industrial society, commodity production, and to understand its Genesis in the twentieth century is not possible out of the historical context of civilization (Huizinga, 1992: 89-90).

The result of the above, it can be concluded that sport and the sports movement, more is the product of market relations. Due to the growth of horizontal and vertical social mobility of the athlete in the middle of the twentieth century the prestige of sports business activities quickly began to expand its scope.

In our time to recognize the achievements of athletes necessary material and social support, so that costs and compensation from the state and/or society, acted as a form of recognition of the social value of such achievements.

1 thought on “The principles of fair play in sport”