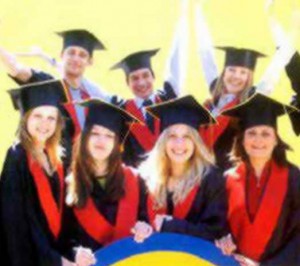 The article is devoted to the problem of formation of communicative activity (competence), relevant for every modern person and society as a whole. The vocational training of university students should take into account the requirements of the labor market for the communicative skills and skills of a specialist and widely introduce the most productive methods of practical mastering and development of communicative competence in the educational process.

The focus is on such effective collective forms of learning as group discussions, role games, trainings, etc. Fragments of the lesson-training for students of the Faculty of Law is presented in this article The Universal Declaration of Human Rights, natural rights, natural rights, the right to life, personal integrity, crime, criminal responsibility, a “special verdict”

Preparation of competitive experts on national, European and world labor markets, demands improvement of the content of a higher education and the organization of educational process, increase of its efficiency and quality. The researches spent in the eighties by National Training center (the USA, the State of Maryland), have shown that interactive methods allow to increase percent of mastering of a material sharply.

One of the interactive teaching methods is trainings. The role of trainings in teaching professional lexicon of law students is huge. One of the training-lessons is shown below. Training-lesson theme: Adelaide. This complicated story about the right for living will helps to see, how the rights are carried out in practice. Notions: Everyone has the right for living. There is a concept of «the natural rights».

Necessary materials: The simplified version of the General Declaration of the human rights. The lesson description. Show to group article №3 which says: Each person has the right for living, on freedom and on immunity of person. Read the following story to the group… On May, 19th, 1884 4 persons have gone to swimming to Australia from coast of England on yacht «Adelaide». They were Captain Thomas Deadly, the first assistant Edwin Stevens, sailor Ned Brooks and the 17-year – old ship’s boy. On July, 5th the huge wave has struck in a yacht board. The yacht has started to sink. The crew has had time to seize only two cans with meal and to get into the open boat before «Adelaide» has sunk.

Four unlucky seafarers have appeared in the middle of the Atlantic Ocean, in 1600 miles from a land, with pair jars of tinned vegetables for life maintenance. In three days hungry seamen have managed to catch a turtle. It has provided them with their meal and drink, but after nine days this stock has come to the end. Still in 1000 miles from a land, without meal and with casual rains as a unique source of potable water, seafarers have run into despair… The captain has written in the letter addressed to his wife that if they don’t meet the ship, «… We will soon die… As I would like, that this travel never begin…».

There was one chance to hold on some more days for three crewmen. One of them should serve as a food to the rests. The captain has suggested casting lots to solve, who should be killed, but Stevens and Brooks have refused. «If we can die, – they have told, – let we will die all together». The young Richard Parker lying at the bottom of a boat almost in unconsciousness has told nothing.

After even two days without water and meal the captain has convinced Stevens that one of them should offer itself for rescue of the others and the obvious candidate for a role of a victim is International Journal of Innovative Technologies in Richard Parker. He was the orphan, had no neither wife, nor families, and already was on a death threshold. It only seldom left drowsiness to drink sea water which only worsened his condition.

They knew that the boat drifts in a direction of shipping routes. They could meet the ship in any day or not meet. They have agreed that if next day the help will not come, they will kill the boy. The help hasn’t come… The Sailor Brooks didn’t want to accept participation in murder. He covered the jacket with a head when Dudley’s and Stevens have kneeled over the raving Parker. «Richard, my boy, your time has come, – the captain has whispered, – your hour has come…». Stevens was ready to hold the young man for feet, but there wasn’t any need. The ship’s boy was too weak to resist.

All three survived seamen lived even three days at the expense of his death. For the fourth they were noticed a German vessel «Montezuma». All three were very weak. The boatswain and the captain should be dragged on a vessel ropes. The ship has reached the coast of England on September, 7th. Dudley’s, Stevens and Brooks have gone directly to the authorities and have explained the reason of ship’s boy death.

Ask group to discuss following questions: Whether you consider, that these three? have committed a crime? Whether they should be involved in a? criminal liability? Whether degree of their fault is? identical? Read the following part of the story. Such incidents happened earlier, therefore Dudley, Brooks and Stevens have been very surprised, when immediately after a recognition have been arrested on charge in murder – though charge against the sailor of Brooks has been removed subsequently.

This story has been attracted public attention as it has been in detail described in newspapers. The subscription to payment of lawyers for protection of seamen on court has been declared. At preliminary hearing it has been recognized that the described fact takes place, but jurymen have met certain difficulties.

They sympathized with three seamen, and would be glad to agree that there is no crime in murder of other person for rescue of own life. But they realized that murder of the person who was not threatening to your life, is a crime. The judge has offered them a way of solving problem, having allowed taking it an unusual step – to accept «a special verdict». Jurymen have established the fact happened, but have left the question decision on consideration of five judges, whether are guilty Stevens and Dudley of murder fulfillment.

Ask group to discuss following questions: If you were one of five judges, whether? recognized you Dudley and Stevens guilty of murder fulfillment? Why?? If they are guilty, how they should be? punished? Now read to the group what happens later?? «The court has taken out a verdict about guilt in murder of Dudley and Stevens. The death was punishment for murder, but in this case it has been replaced by six months of prison. Under standards of that time and in comparison with punishments which were appointed to other seamen in the same conditions, public have considered this sentence cruel».

Questions to the group: Richard Parker’s Right for living has been? broken. How about the right for living of three other seamen in the boat? What would you undertake in this case?? Whether you have preferred own death to? murder of other person? This story has happened 64 years prior to? acceptance of the General Declaration of human rights.

Whether it has any relation to Richard Parker’s right for living? Some people insist on existence? «natural», «the natural rights» which existed always and which are conventional and fair. For example, the human rights for being free should be «the natural right». Do you agree with this idea? What rights, not connected with the right? for living as that, can be recognized by «natural»? Make the list and compare to the General? Declaration of human rights. Make the conclusions.