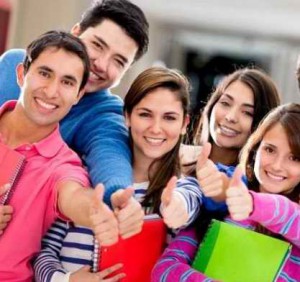 The main goal of the subject «Russian language» is to form a communicative competence of the future specialists, that is to form skills to solve real communicative tasks in definite situations from the scientific sphere by the linguistic means. For the students of all majors the main study object is a scientific and professional speech. To our mind the scientific style must be present in such a form as it exists, functions in reality, at the same time it must be simplified and the lexical units must be arranged to provide their practical usage in real communication on professional topics.

The text as the main unit of study at the lessons of Russian as a general study in conditions of the credit technology teaching, we agree with the traditional point of view of the linguists that «using the educational scientific text in which all elements of the language system are integrated, united, synthesized gives a possibility to teach students to use the second language not only as a communication means but also as a means of learning world, mastering their future profession» (1,437). As the information source we use the educational-scientific text on the major on the basis of which we define forming of the speech skills and developing communicative skills.

Reading of the educational-scientific texts on the major at the lessons allows envolving students into the sphere of their future profession, forming their need in reading. In the process of such reading students not only gain some definite speech abilities and skills but also extract some necessary information for their future profession which in its turn will develop their cognitive need. Reading of the scientific text demands forming scanning, skimming, close reading skills as all of them will be used by students during their study term on all subjects in University. Scanning is done after lexical pre-reading exercises and its goal is to answer the question: what is this text about?

Moreover the main notional words are noted. Skimming is looking for specific information without the task to reproduce or remember that is integral text comprehension. This type of reading is used when one needs to entitle the text, to define the topic, main idea, single out the main informal parts. Close reading is a process of teaching text inclusion skills. It is based on the pre-reading teacher’s questions as well as self preparation.

Thus, reading (and its different types) is a component part of the student’s communicative sphere and it is one of the main information source and their cognitive needs satisfaction. For better text understanding on their major the students should know the specific character of the scientific speech, its language peculiarities, be able to operate logical and grammar categories.

During such work it is necessary to develop students’ skills to concentrate their attention on the main, basic information in the text, on the sense connection of the sentences, on the sense text structure analysis, etc. On reading any scientific text the main goal is to comprehend the content of the text that is to guess how the topic is revealed. Conveying the topic and the point of view the author very often goes slowly from one part to the other. Part of one common topic is called a micro topic.

To the main information one should refer the facts which lead to losing the plot of the text if one does not understand the idea, descriptions and other, the author’s logics discourse. To the additional types we refer: supplementing, illustrating and specifying, doubling, resuming information.

The supplementing information expands, deepens the main one by explaining, interpreting, revealing the notion of the studied in it phenomena. The specifying and illustrating information is in the text sentences where the author 1) gives some concrete examples that specify, support or interpret the said opinion; 2) asserts, illustrates their opinion giving the quotations or sayings of other scientists.

Task 1. In the given sentences single out the additional information, define its type. Point out the language means of its arranging. 1. In different societies and states the character of the government is different: in some of them the state authority is direct force, in others it is hidden compulsion, in the third ones it is managing. 2. Democracy that is people’s power is the core of any democratic political regimes.

Task 2. Study the fragment «Social sanctions». Define the types of the additional information and the means of its expression. The sanctions are called not only punishments but also encouragements which can lead to social norms following. Sanctions are guards. Social sanctions are a well developed system of encouragements for following the norm that is for conformism, agreement with them and punishment for not following them that is deviation. There are 4 types of the sanctions: positive and negative, formal and informal.

As a conclusion we can say that using the educational-scientific texts on major at Russian language lessons expands the outlook, appeals to students’ interest to read scientific literature, stimulates to enrich their future professional knowledge, encourages developing students’ communicative competence.

1. Adskova TP, Bukharbaeva KN The concept of a person-centered approach and its implementation in teaching the second language. – Almaty, 2004.
2. Winter IA The psychology of teaching non-native language. – M., 1989.