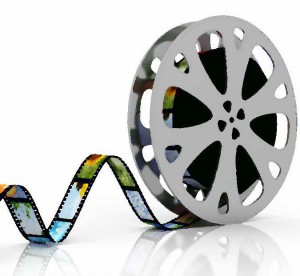 Who does not like to watch movies? Does someone like that exist? I don’t think so. You seat comfortably on the couch, take a cup of tea in your hands, press “play” and plunge into a completely different world. World of fairy-tales or reality, peace or war, goodness or evil, comedy or tragedy … Many sites are fluttering with the lists of films you should be see that somehow influence our lives. And they certainly do!

Can we be morally educatedby movies? Can they awaken empathy, conscience, kindness, honesty and decency? Certainly, they can.

Here, for example, is the film “Schindler’s List” (1993). Second World War. Horror time for Europe. Poland isnot an exception. Here, under the brutal leadership of government, the Jewish people are massively destroyed. For what? For what are they persecuted from everywhere? Why were their houses, bread, work and lives taken? Innocent people were burnt alive, choked with gas, beaten, tortured… And in this madness, fear and danger therewas a man who risked his fortune and his life, saved thousands Jews from death. This man is Oskar Schindler, a member of the Nazi Party.

The film, which is permeated by pain and suffering, shows that even at such time there was a place for goodness and humanity… Are the position and the title important when they were gotwith the murder of the innocent? Can a house bring happiness if it was built on the bones and blood people? Will gold bring joy when it is soaked with the tears of orphans?

While you are viewing the film, your mood jumps up and down, the heart shrinks from pity, you want to cry… No! You want to sob! Sob of pain for those men, women and children who are mercilessly beaten, poisoned, buried alive. And in the last minute you want to stand up and go so that to do something good, well, that brings benefit and joy.

The film returns our thoughtsto the brutal world of war in our history. We can not have a future without knowing the past. At the same time this film inspires us to good things and learns to appreciate life.

I think that “Schindler’s List” is the film that brings moral. It fosters kindness, goodness, generosity. It teaches to be a human at all times and in every situation. After watching this film it difficult to remain indifferent. There is a desire to change, to help others getting benefits without demanding anything in return. If even in those days people found the strength to good deals, then we shell feel ashamed if we do not have it today.

From my own experience I can name one more film that evokes a desire to change. This film is called “Pay In Advance” (2000). The tape proves us that the world can change for the better, you just need to start from yourself. Just be guided by the rule: “When someone makes you a service, do not only turn him back…pay in advance.” And then there will be created a sort of chain of goodness. Is just one spark enough to ignite the fire of goodness in human hearts? Yes, it is! The main thing is that everyone should comply with all the rules of “paying in advance”.The 11-year-old Trevor had his idea. Despite his personal problems, he wanted to change the world and to reach people’s hearts. The boy noticed that every day people are more and more locked in themselves, that they were moving away from each other and also retreated. As a result – there is no mutual aid.

The film clearly shows that the indifference is the worst obstacle to change. We do not notice the problems of others, we are shut into our world. Passing by a child who is afraid to cross the road, few people will ask if this childneeds help to getto the other side? Did you want to ask the crying woman, what had happened? And did you ever help toput an old lady’s bag into the bus? Did you give a way in a queue to a person who was in a hurry? Doing good dealsis easy! We have not even thought about how we can help. We have not. But Trevor came up with a scheme. You just imagine! If everyone adhere to the rules Trevor, then very soon you will begin to change, then your family will change, then — your city, your country and finally the whole world. The main thing is to start.

By doing good to another (disinterestedly), we give him the hope that all is not so bad and that he can still reckon on the kindness of others. Thereby we awaken the human’s desire to help further.

If you run this mechanism in several places at once, the boomerang of goodness will return to you. After that, the invisible web will connect people of different social status, race, ethnicity, age and so on. Agree, that in a world, where people help each other, will not be a room for evil and war.

Such films can help in moral education. They educate to love others, they also educate sincerity, generosity, kindness, humanity and desire to help. On the other hand, they condemn greed, thirst for profit, cynicism, apathy, pettiness. You can extend this list with not one dozen of lines. The main thing is that this films somehow influence the formation of stable moral qualities and feelings. I think today there is enough negativity, cruelty and evil in the world. Therefore, we can devote several hours a day watching goodmotivating films. Of course, not after each we will want to do something. But, as they say, the water is sharpening the stone. And after a few months we will not noticethat we want to hold the door for the old woman, to give a place to someone,to run and buy bread for your neighbor, do not get rid of bad emotions on a friend…

Educating moral qualities in yourself, you will provide the example for others. You will awake the desire for change in the closest people by your doings. Change yourself. Change indifference for attentiveness, or cold treatment for empathy, or the stinginess to generosity. Each had his own problems in the development of personality and moral education. But this is not a reason to live like that forever. Change for better is possible and necessary!

Nevertheless, moral education is the main factor in the harmonious development of all-round personality. Moral and spiritual values of the individual is its greatest asset. Therefore, a person must first appreciate the level of formation moral values.