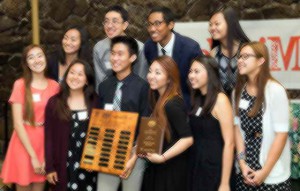 Other than the policy on Native American languages, there are very few policies in the U.S. that deal with the maintenance and development of languages other than English (Christian, 1999). The general attitude of the U.S. toward maintenance of heritage languages (HLs) is negative and supports rapid assimilation into English (Duesen-Scholl, 2003; Huebner, 1999). For these reasons, the effort to maintain and develop HLs has been attributed to the resources and desires of HL communities (Wiley, 2003). Hawai’i is the model place to implement Korean HL instruction in the K-12 system due to its large Korean community and multicultural diversity.

It has the ninth largest population of Korean in the U.S., and between 1990 and 2000, the number of the foreign-born population from Korea increased by 30 percent (U.S. Census Bureau, 2000). The purpose of this paper is to provide suggestions for national and state policy action in implementing effective Korean HL programs in Hawaii’s high schools. In order to do this, in this study, I examine the needs of Korean HL students and the challenges of implementing Korean HL instruction.

Data were collected via questionnaires and personal interviews. The Questionnaires were distributed to 42 Korean- American high school students in Hawaii to elicit information about their foreign language study background and their attitudes toward HL study. The Interviews were conducted with two foreign language teachers to explore the challenges for implementing Korean HL instruction in their high schools.

Although one of the crucial needs of HL students is to develop literacy skills in their HL (Wang & Green, 2003), the questionnaire results reveal that a more significant need of Korean HL students is to develop their ethnic identity and cultural awareness. 69 percent of the participants mentioned that they would take Korean language courses if it is offered in their school because they would like “to learn about life of [their] ancestors” and “to understand and learn the language and culture of [their] parents”.

In spite of the fact that Korean language is crucial in Korean HL students’ life, interview findings indicate that there is no high school offering Korean language due to the following challenges: minority language parents’ lack of influence on educational decision-making and the mainstream group’s negative attitudes toward minority languages. In light of these findings, I argue that a policy for the implementation of Korean HL programs in Hawaii’s high schools is desperately needed to help HL students establish their bilingual/bicultural identity and to cultivate much-needed competent Korean language professionals in the U.S.

Based on this study, I propose the following suggestions for a Korean HL policy: (1) developing a well-articulated model program at a pilot school, (2) establishing Korean HL teacher training programs at the university level, and (3) building positive pubic relations and promoting community awareness of this critical-need language. Ultimately, implementing well-organized Korean HL instruction will provide educational and professional opportunities for HL students, facilitate world affairs and relations, create a strong economy, and promote linguistic and cultural diversity in the U.S.