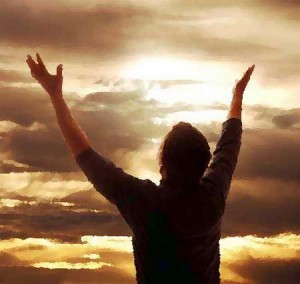 The belief is a universal phenomenon in life of human society. Being, first of all, fundamentals of any religion, she plays very noticeable role both in science, and in ordinary human life. The scientist, making any hypothesis, believes in its validity; putting a teapot with water on fire, we believe that in a few minutes he will begin to boil. In life of each person there are moments when he purely for practical reasons is forced to rely on trust.

Today, when both in Russia, and in the rest of the world the belief as a basis of religious outlook important for preservation of values, significant for society, takes the furious battering of the militant materialism which is covered with a science name, the special relevance is acquired by a question of ethical “measurement” of belief, of whether it can be useful to moral transformation of society. For the answer to this question it is necessary to find out that actually there is a belief and what place it can take in the modern, i.e. rationally constructed system of ethics.

About it should be noted that as: 1) the belief is the concept relating first of all to the field of religion and which has received the theoretical judgment in Christianity; 2) modern “attacks” on trust in our country concern first of all the dominating religious tradition, i.e. Orthodoxy, it is represented natural to make a research of moral aspect of belief relying on Christian interpretation of this phenomenon.

It is necessary to begin, of course, with definition. The belief in Christianity is understood as “implementation expected and confidence in invisible” (Evr. 11, 1), i.e. she is recognition of reality of the fact that is outside empirical experience, including expectation of approach of certain events in the future. It should be noted that according to this definition the belief is what “contradicts” feeling, feeling, but not reason at all. Any interpretation of Christian understanding of belief exposing it something contradicting to reason, logic is rough distortion of Christianity.

However, besides the approval of belief as knowledge tools by means of reason (“belief razumevay”. Evr. 11, 3), at the New Testament there are sayings in which “tool” of belief is called not so much the reason, how many heart (Rome. 10, 9-10), i.e. it is about the belief found irrespective of reason. It has allowed Christian theologians to say that there are two types of belief – “reasonable” and “warm”.

The first represents adoption of religious provisions as result of logical belief in their validity; the second means not so much logical need, how many the psychological need for these provisions. It is clear, that the “warm” belief can’t do without “reasonable” – the person who isn’t convinced by reason of what is expensive to his heart is doomed to live in constant painful doubts, in a contradiction, dissonance with himself.

Besides, to each believer are given to a precept – to be ready to give the answer to anything questioning about his belief (1 Pat. 3, 15) and to overpersuade doing the evil (Iez.3, 18-21).Therefore the Christian corresponding to that moral shape which makes to him the Writing has to combine belief “reasonable” and “warm”.

The moral aspect of belief concept in Christianity can be presented by the next three moments: 1) Belief as motivation of moral behavior. Follows from the given determination of belief that the reasonable belief, being a form of logically reliable knowledge, gives to the believer the consciousness of the incontestable validity of the provisions excluding any doubt; she tells the believer strict knowledge of the validity of his moral beliefs and strengthens his will in following to these beliefs.

Concerning belief as “the implementation expected” it is necessary to tell that these words, of course, bear a hint on requital for virtue, but nevertheless from this doesn’t follow at all that as it is approved by atheists, in Christian ethics requital beyond the grave is the central motive of moral behavior and that as if thereof secular ethics “are higher” Christian (another thing is that in historical Christianity of the believers who fully have embodied a Christian moral ideal of love before absolute self-renunciation even among Saints there were units).

2) Belief as moral virtue. In Pavel’s messages the belief is among three, speaking to language of theology of Catholicism, “cardinal” Christian virtues (belief, hope, love. 1 Cor., 13, 13). Though of these virtues the love is recognized as main, the value of belief isn’t belittled by it at all – with an ulterior motive she is called the first.

Concerning value of belief as the virtue needs to tell that “the belief without affairs is dead” (Iak. 2, 20) therefore virtue is the belief as an active act: a) as confession of faith before opponents of Christianity and not renunciation of her under no circumstances; b) belief in, as a rule, God’s supernatural help in any vital cases, for example, at a prayer about healing hopelessly the patient or even about revival of the dead. In the Gospel it to be told about this belief as about capable to shift mountains.

There is a virtue, as well as in the first case, consists not so much in intellectual recognition of a possibility of God to give anything, i.e. not in the honoring rendered to his omnipotence, how many in will tension, dismissal from a natural order of things since to the person, even to the Christian, it isn’t so easy to believe that it surpasses this order (and it is more difficult to work for will according to this belief). 3) A ratio between belief and affairs.

The Christian Writing accurately speaks about need of affairs for finding by belief of moral value, her exit from a “dead” state (Iak. 2, 17-26). Between the directions in Christianity there are differences in understanding of whether deal value for moral justification of the believer. If in Orthodoxy and Catholicism of matter for justification of the Christian before God, then the Protestantism insists on justification “only belief”.

However all Christian faiths are uniform that has put beliefs are a necessary logical consequence of the belief. Proceeding from the made consideration of moral aspect of a concept of belief of Christianity, it is possible to conclude that the belief can have paramount importance in the field of ethics, namely, it can be considered as a way to finding of the complete, harmonious, based on reason outlook, so as an absolute, initial form of rational motivation of the person to moral acts.