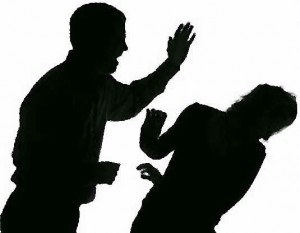 Before Nietzsche, the idea of the highest value was dominated in philosophy, which was as an absolutely timeless structure. German philosopher abandoned this idea. He noted that the motivation for the formation of values had been 64 the wickedness of the will.

So, as the result of it were the values, which leading to the oblivion of time. A person cannot stand the senselessness of the world, so he either begins to invent some imitation grounds, driving himself into the grip of the “new true world”, or rises to the position of metaphysical revolt, and, as an instrument of the “spirit of revenge”, he seeks to destroy everything.

The first interpretation: “Eternal Return of The same” is the way of being the will to power. Here will and its task “to give sense to the earth” are emphasized. Will is directed no longer by anything external to it, it is the eternal return will to its essence. The second interpretation of Heidegger’s Eternal Return is to understand will as conditioned by time, hence there is the dependence of human existence on the past. Will will can get rid of revenge will then, when it approves historicity.

However, historicity can only be approved by asserting the past. According to Heidegger’s thought, the past can exist if it does not restrict itself as the past, always leaving, and when it returns as “The same”, that is the past remains as a constant reminder of itself, a constant return to the present. For Nietzsche, however, the past is always accidental. If we proceed from Heidegger’s interpretation of Eternal Return, it turns out that returning as the same thing, the past returns and accident.

To get rid of accident, following Nietzsche’s thought, is possible only if in the knowledge of this accident to approve it, saying to his past: “I want so”, thereby accident will have been made a consequence of his will. With this approach, Eternal Return has been no longer understood as simply the return of the past, which gives duration to the being, but as the return of new past, which is retold by our own words each time. So the string of coincidences will be broken and “spirit of revenge” will be meaningless because now the time is not the enemy of the past.

Hence, each time the past, is endowed with a new meaning, it is giving the present not just an identity, but a meaningful identity. However, according to Nietzsche, it is currently available only to the poets, who are finding the strength to retell their past in their own words, to show the genuine “I”, and not to be just an imprint of someone else. In this return of the past the being is coming back.

The idea of Eternal Return as a statement of the rights of time, the effectiveness of the past is a breakthrough metaphysics as an era of oblivion of the temporal nature of human existence. However, according to Heidegger’s thought, it is only the beginning, as will has still dominated over the time in the act “I had wanted so”.

By virtue of this a person cannot yet cure nihilism as a “disease”, and the embittered man has prevailed in history instead of the Creator of man. The embittered man could not make the conversion from passive nihilism to its active form. 65 The conversion from “nothing of will” had turned into a triumph of “will to nothing”, and the primacy of human freedom in relation to existence had marked the superiority of human will over the world.

Believing in his infinite power, man is redrawing the world, not only creating the imitation environment as the “second nature”, but also plunging the existence into oblivion. And if Nietzsche saw the possibility of leaving the “trap” of passive nihilism by substantiating life-affirming principles, such as the answer “Yes” to life, nihilism will as a hypertrophy of the will and the ultimate will of the alienated person, who has lost his true being, prefers to say “No” to life.

As M. Mamardashvili noted rightly, such modern nihilism has not allowed the act to be carried out “face to face”, but on the contrary, it has generated nongenuine forms of interaction of mass-like individuals-puppets. Therefore, a man with such a nihilistic utopian consciousness may want only one thing – to “blow himself up”, that is, to commit suicide and to destroy the whole world at the same time, since in principle he cannot live in the world if he does not understand it, but if he achieves self-esteem through simplified schemes, he will rather kill someone who will threaten to destroy them than part with them; that today we, in principle, see in the manifestations of different types of fundamentalism.

The revolt against existence as such, respectively, has its roots in the utopian nihilistic consciousness, which seeks, firstly, to find a purpose and justify everything, and, secondly, to bring everything into a single entity and systematize through simplification.

It leads to the fact that the acute experience of evil reigning in the world, turns into hatred for this world, so the order, which was established by the war in the twentieth century and is established in the XXI century, is only an appearance of unity. Such this world order cannot exist without ever-breaking hotbeds of war. Thus, utopian consciousness, had been born of ontological nihilism, replaces the creativity with the joy of destruction.