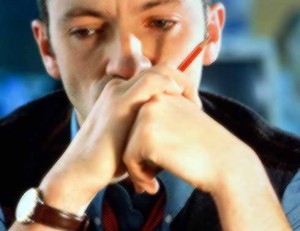 Historically, all logical deliberations have been divided into theoretical and practical ones. The division is usually explained by reference to the distinct final goals of each type of judgment: theoretical reasoning aims at grasping the truth of some proposition, but practical reasoning proceeds by reaching a practical judgment with an aim of using it as a basis for a subsequent action.

Discovering sufficient reasons for believing a proposition would constitute a success of theoretical reasoning, while finding good grounds for a particular decision, including a morally relevant one, would normally count as a success of practical deliberation. It is relatively easy to supply the acceptable criteria for the proper theoretical inference (the well-known rules of formal and informal logic), but it remains one of the most controversial question in ethics whether practical judgments (including moral ones) are subject to rational evaluation as well, and, if so, what rules could be used for that purpose.

Since the accounts of rational intentional action stemming from Aristotle, Hume and Kant have been most influential, I will use these philosophers to set the proper historical context of the discussion, but will mostly focus on the critical evaluation of the Robert Audi’s latest attempt to bring rationality into the moral domain. In approaching the assessment of practical reasoning Audi considers at least four sorts of criteria: the logical, epistemic, material, and the inferential criteria.

The first three criteria are all familiar evaluative practices that apply both to theoretical and practical arguments. The logical criterion governs the logical relation of the premises to the conclusion, the epistemic criteria concern the kind of justification we can provide to make the premises generally acceptable, and the material condition enquires into the actual truth of the premises.

The inferential criterion, on the other hand, is relevant specifically to the appraisal of practical reasoning. The inferential criterion concerns the reasoning process rather than the logical relation between the premises and conclusion. In effect, it requires that a practical judgment that the arguer holds (typically, a belief) is, as a matter of fact, accepted because of the logical force of the corresponding practical argument.

The analysis of practical reasoning, together with the methods of its evaluation, has an important bearing on the rationality of an intentional action that is the product of such reasoning.

The connection between a sound practical argument and the rationality of the ensuing action seems straightforward. It will be argued that, despite the obvious difficulties, the model offered will help one to distinguish between rational and irrational behavior, clearly placing immoral decisions into the realm of irrational choices.