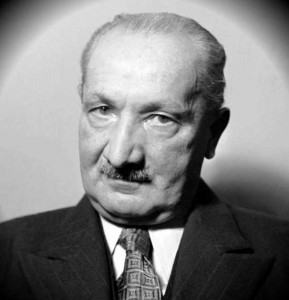 Philosophical historiography cannot be bound to text hermeneutics solely; it should strive for reconstruction of understanding, interpretation, appropriation, denial and criticism around the given philosopheme.

The concept of Rezeptiongeschichte opens up an approach to matching the reality of philosophy in Ukraine to the current discourse of the world intellectual development with its recent history. This revision of how other communities dealt with certain philosophical texts and what solutions they found for certain philosophical problems will provide us with concrete alternatives for redefining the essentials of philosophy as a social value. It is so urgently needed, because there is no sign of desired re-institutionalization of philosophy.

It is still so far from being an independent intellectual practice. It is obvious that real integration to the world intellectual process will force us to explore the recent findings in the corresponding filiations of scientific work. So, this is a bit suspicious that there have been done so few attempts to reveal the gaps and bridges between Ukrainian philosophical studies and general tendencies of the world philosophy.

There are two factors that hinder scientific interest to the current philosophical issues. These are that purist hermeneutics of philosophical text and vulgar metaphysics of history. Due to a treacherous trick of dialectics, accurate and precise explications of philosophical texts go together with fantasies and obscurantism thanks to revival of once oppressed idealism.

Finding out that there is the need for a new beginning, the Ukrainian philosophers of the early Post-Soviet era were lax to offer concrete tasks for re-istitutionalization of philosophy. There was no sincere identification of that vast gap between the world philosophy and the Ukrainian philosophical studies. It is only now that this gap becomes visible via huge contrast between our academic writings and the intellectual process worldwide.

Heidegger studies are nothing but one discourse among the rest, where the contours of the aforementioned gap can be clearly seen. An exemplary historiography of such shifts is given by Th. Sheehan: “One can also make out at least five overlapping approaches to understanding Heidegger that have emerged in the seventy years since World War II:

1. 1945 to 1963: the existentialist paradigm, focused on human existence (Dasein) as elaborated in Sein und Zeit; 2. 1963 on: the “classical paradigm” that reads Heidegger as a philosopher of “being” (Sein); 3. 1970s on: the Derridean paradigm (if it is that): an assortment of readings inspired by Derrida and directed at select elements of Heidegger’s work, such as language and the deconstruction of metaphysics; 4. 1980s on: the analytic/pragmatist paradigm of Hubert Dreyfus, focused on only the first half of Sein und Zeit; 5. 1990s on: a growing awareness of the instability of the classical paradigm and of the need for an interpretation grounded in the whole of the Gesamtausgabe” [Sheehan Th. The Reception of Heidegger’s Phenomenology in the United States, Unpublished manuscript].

Th. Sheehan’s approach contrasts profoundly with commonly accepted purist hermeneutics of Heidegger’s legacy, which has recently became a leading trend in the Ukrainian studies on Heidegger. There is no palpable initiatives to resolve those shifts of the world context within some general concept, for it is obvious that any historico-philosophical research on Heidegger should at least make some reference on this now open history of understanding Heidegger, where we can write our own Ukrainian story.

The recently re-emerged disputes on political implications of Heidegger’s philosophy can be developed in the terms of sociology of knowledge, so now it comes to biographical transcription of Heidegger’s political engagement.

Critical assessment of the methodological inclinations of such approach reveals imposition of biographical objectivity on philosophy discourse, simplification of the complexity of philosophical form, and the pathos of elementary humanism as the ideological criterion of research. 29 Critical approach to understanding Heidegger’s thinking is viewed as a methodological model for the contemporary needs of the historiographical hermeneutics of Heidegger’s philosophy. In the terms of ideological criticism Heideggerian conceptuality assumes the form of a jargon, which stylistically derives from archaistic tendencies of the late Romaticism.

Unlike sociologists of knowledge, ideological critics do not aim to reveal the social background of this proximity between existential philosophy and cultural conservatism of the Weimar epoch, but rather they persist in deconstructing the key concepts of Heidegger’s philosophy, so that he would reveal its neutralizing and metaphysical effects. In Adorno’s transcription of the difference between onticity and ontology, the latter appears as a form of reification, and consequently as a philosophical form of ideology preoccupied with the conservative claims to preserve the existing order.

The conservative move of Heidegger’s logic consists in subjugation of Dasein to being, where being is conceptually charged as a secularized deity. Heidegger’s possible response to invectives should certainly avoid Heideggerian language. Within the domain of the Ukrainian history of philosophy one can clearly observe symptoms of eclecticism and contamination.

Such situation is rooted in continuous insufficiency of the methodological framework of Ukrainian philosophy, split by the demise of Soviet ideological structures. Critical condition of humanitarian epistemology is aggravated by the urgent need to overtake foreign studies in the corresponding field, which constantly increase in number and evolve in character. All of the aforementioned symptoms are indicative for historico-philosophical reception of Martin Heidegger’s legacy by the Ukrainian academy.