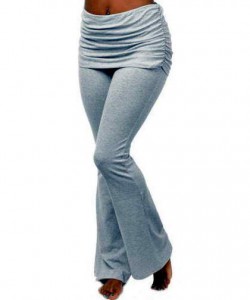 Things that are usual for us now were strange and unacceptable in the society hundreds years ago. So the history of skirt goes back to the ancient times, but its style was completely different and didn`t resemble modern version. What is more, there was no separation between male and female clothes. Men as well as women wore loincloth in ancient civilizations.

Only with the development and evolution of the aesthetic, ethical and religious ideas appeared first changes in clothes and a small hint on separation men`s from women`s. Exactly in these times drastic changes touches on the evolution of skirt and it becomes inseparable part of women`s wardrobe. The word “skirt” has German roots, but in our language it came from Poland. It means women`s clothing, that covers the figure from the waist down.

By the XVI the train of the dress played the major role in status of the lady. The Queen wore a tail length of 11 elbows, the daughter of the royal house – 9, a distant relative of Queen – 7, Duchess – 3. The winner was Catherine II, he wore a tail 70 meters in length, 7 meters in width and it was carried by the 50 young men.

Centuries later the train of the dress loses its significance and a new wide skirt become a trend. It was stuffed with horse’s nap and sewed in several tiers. Obviously the weight of such skirt was too high and not all ladies could wear this item of clothing. That is why, for the facilitation of the total weight of the skirt, the frame was found out. In Spanish it sounds like “Verduho”.

As a result, nowadays this skirt is known as “verduhado”. As a rule, it was made from high- quality, expensive material and jewels. One more thing that made these skirts uncomfortable was the way of putting it on. It was set on the floor and a woman had to get in this contraction, which was attached to the frame.

XVIII century was signified with the appearance of the dome-shaped skirts. A pillow was tied down the waist and made the skirt magnificent. The frame was made from wood and we can only imagine how difficult it was to wear it. The only thing that lightened the wearing of dome-shaped skirt was the possibility to hide a stool under it and take a breath when it was necessary.

It is hard to imagine the further development of skirts without research investigations by Swedish doctor – hygienist Tronkin. He insisted upon taking a walk in the open air, which improved the well- being of a woman and did not let her to put on weight. Of course it was hard to do in these huge and heavy frames, therefore they become out of fashion. Instead, the frame was made from wire or was just replaced by flex cover. However it was unpractical and soon got out of date.

Only in the late XIX – early XX century skirts become more similar to recent prototype. That days casual woman`s suit included a blouse and a skirt, which completely covered the legs. Just then a skirt became a separate belt product.

At the beginning of the Second World War skirts have become bolder and freer. The length was decreased, cuts appeared. Democracy brought huge changes in form and style of skirt. It was practical, comfortable and fully matched the conditions of life of the modern woman.

Here are some types of skirts:

The container – a wide skirt, which is collected in the lap. Since 1958 is a part of the cocktail fashion, was also found in the late 80’s and retro collections.

Vikel (Wickelrock) – skirt with a smell, is wearing winding around the body, the division can be passed spirally from the bottom up, tiding at the waist.

Caste (Kastenrock) – straight cut skirt, the belt is on each side – left and right, front and back – convex double seams, stitching thread is often colorful.

Dome – straight, medium width skirt, which is shaped like dome using recesses on the hips.

Pack – a wide, short skirt, tulle material with ruffles and flounces; came into vogue in the 80’s thanks to Cindy Lopera and Madonna.

Pettikoat (Petticoat) – tough, wide bottom skirt with ruffles, was popular in the fifties and early sixties.

Portefeuille-Rock – rectangular skirt with side zipper on the buttons to half the length.

Regenschirmrock – skirt, like an umbrella, which consists of about twelve blades.

Skorto (Skort) – a combination of shorts and skirts, which has the same form as the front shorter skirt smell.

Tutu (Tutu) – short skirt, was made of tulle, its main – ballet dancers; in the late 80’s is part of a full cocktail style.

Hip (Hip-Skirt) – skirt with elastic at the waist and low waist.

The history of pants is also worth analyzing. It dates back XV century, but women pants became popular only in the last century. It is known that the fatherland of pants is Persia. Exactly there for the first time pants were found out by improving skirt. A belt was used to drag a skirt between the legs. Later pants spread throughout Europe and were extremely popular among the Scythians, Samarians, Gals, Celts and Germans. Each era had its own “face pants.”

However, from the male to the female wardrobe pants began to move only in the last century. Firstly they were worn for the convenience and women`s safety in factories. Also pants became popular among girls – pilots and horse-riders. During World War II, the number of women wearing pants increased. Appeared models, who chose pants for their photos. For example, actress Marlene Dietrich and Katharine Hepburn.

In the Second World War pants began to be used in everyday life. For garden works, beach walks, visits of various activities and just for wearing at home.

The first outstanding woman, who wore trousers, was Elizabeth Smith Miller. She fought for American women right to vote. Another woman was Amelia Bloomer. Twice a week Blumer produced a newspaper called «The Lily», in which she expressed her own view on women’s restraint in fashion and behavior. However, perhaps the best of all summed up Elizabeth Stanton by saying: “The question is not already in how you look but in how you feel.”

So, what gave pants for women? The first thing is freedom of movement and confidence. Second one – equality with men.

Some facts about the fashion of pants:

Susan Molinari, a woman – Congressman from New York, has caused a stir in 1990 when she became the first woman allowed herself to wear pants during the session of Parliament. She thought that her speech would cause a violent reaction in the media. But instead, the next day all the newspapers discussed only her appearance and especially – pants.

Katharine Hepburn was the first actress who wore pants in the backstage. Charlene Arthur, western star, was the first singer, who appeared on stage wearing pants in 1940. By 1950, jeans and capris became standard clothing for women.