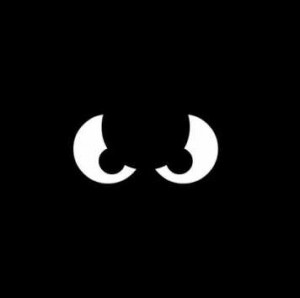 Let’s start with an understanding of the concept of “Evil” in general.

Evil – is the diametrical opposite meaning to Good. They believe that there are three main types of Evil in the world.

The first type is a natural Evil. All those natural forces that destroy human well-being, and sometimes-even life. The human will and consciousness have no influence on such evil. Various natural processes occur, despite the human will or actions. However, according to ancient doctrines, various negative human actions and thoughts are able to create a special condition that can cause natural disasters. Therefore, it was thought that the spiritual world of people have some connection with the natural evil.

The second kind of evil is a social Evil. It took place under the influence of human activity but not controlled by the human will. Social conflicts have resulted in class contempt; eventually can turn into riots and wars. These wars involve countless number of people, despite their own desire. As a result, wars take millions innocent lives. However, such evil is a part of historical process.

The social evil also includes various types of crime, poverty and deprivation, drug addiction and alcoholism. Inadequacy of social and political system creates conditions for the emergence of social evil.

The third kind of evil is a subjective moral Evil. Moral evil entirely depends on the human reasonableness, will, consciousness and moral choice. People’s actions taking as an aim destroying or ignoring accepted in society moral principles considered as a moral Evil. These actions caused harm to others people and inflicted mental suffering, leading to the destruction of personality. The source of moral evil is a social evil. Because the social conditions of life determine the form of human behavior.

It should be stressed, that in difficult situations people think their purpose is to make the right choice. The moral choice lying between good and evil difficult but understandable.

Nevertheless, we often have to choose between not only good and evil. Sometimes there is a need to choose between large and less good or less of two evils. Moreover, the moral choice is very difficult in this case. When a person chooses between large or small good, in any case, the result will be good. When a person chooses the smaller of two evils – she or he still chooses evil.

Evil could be intentional and unintentional. Intentional evil means that person has appropriate incentives for the development and implementation of deliberate action for injury to another person.

There is also unintentional evil, which took place when person does not carried out his or her actions. Such evil usually done by the people who have mental disorders or are under the influence of drugs.

Most religions believe that the main statement of moral evil is all forms of violence and deception. Religion prohibits the following types of evil: murder, theft, adultery, perjury, envy and hostile thoughts about the person.

Evil, as a moral category considered the complete absence of person’s conscience.

In terms of theology, you can also meet the concept – an absolute evil. Based on religious and mythological meanings, absolute evil represents the Devil. However nowadays an absolute evil considered actions that are contrary to the needs of humankind and concern to all people. For example, cruelty to small children.

The philosopher Friedrich Nietzsche has another view of the coexistence of “good” and “evil”. He proceeds to analyze the nature of ethics value in his works “On the other side of good and evil” and “Genealogy of morality”.He describes two basic types of morality: morality of lords and morality of slaves.

In aristocratic morality of Lords “good” and “evil», correspond to the concept of “noble” and “defiled”.These concepts are very often refer to the same person. “Higher” people realize the integrity, indivisibility and harmony “good and evil” in the world. These interrelated concepts are always coexisting in society. While in the morality of slaves content of ethical concepts depends on the benefits that they bring to society.

When the philosopher talks about the necessity to be beyond good and evil, he implies to overcome the morality of slaves,which protects mediocrity. Only the strong – “higher” people may be beyond the good and evil that society imposes. Because these individuals are themselves the bearers of moral law.

We can conclude that Evil has many types, causes and incarnations. That is why it’s necessary to understand the complexity of Evil to be able to recognize it. We also need to understand that the various manifestations of evil is an integral part of our lives. But we can make the right moral choices and try to reduce its impact on our lives.