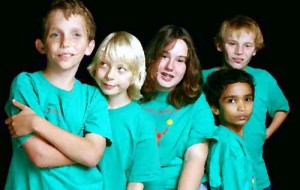 The purpose of this study was to evaluate a telehealth delivery model of a parent-implemented intervention for Autism Spectrum Disorder (ASD) based on the science of Applied Behavior Analysis and Skinner’s analysis of verbal behavior (ABA/VB). As the demand for effective intervention increases with the rise in ASD, innovative treatment delivery systems are needed.

Parent-implemented interventions are a known cost-effective and ecologically valid means of increasing access to evidence-based intervention, but are not reliably incorporated into ABA/VB and may not be readily available. Telehealth technology has the potential to remove barriers to wide-scale dissemination of effective parent-implemented treatment. A multiple baseline across participants design was used to evaluate the preliminary efficacy of a parentimplemented ABA/VB intervention delivered through a web-based videoconferencing platform.

Parent training was delivered through in-person coaching and video conferencing software over the course of 10- weeks. Parents were coached in the implementation of verbal acquisition and behavior reduction strategies for 1 hour each week by trained graduate student therapists. Dependent measures included parent implementation fidelity and child language outcomes.