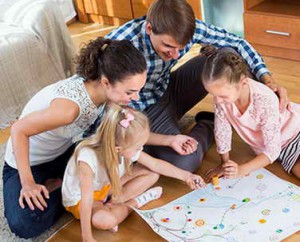 Treatment outcome studies have shown direct observation measures of parent-child interaction can be particularly sensitive to changes in both parent and child behavior following intervention; however, relatively little is known about the effects specific tasks used during the observation have on the sensitivity of detecting behavior change over time.

The purpose of this study was to compare the effects of the task demands given to the parents during parentchild interaction on rates of joint attention and verbal behavior emitted by children diagnosed with autism. The task demand conditions included 1) Free Play, 2) a directive to have the child tact at least 6 items (i.e., Tacting), and 3) a directive for the parent and child to play a set of drums together (i.e., Joint Activity).

Results suggest that the tasks used during the direct observation of parent-child interaction influence the rates of child behavior and may confound treatment outcomes.