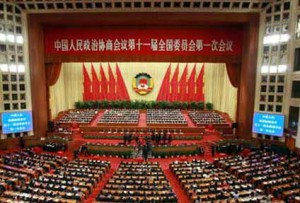 The path of economic reform in the People’s Republic of China (PRC) in recent years has been one of consistent, incremental change. However, this was not the case in the 1980s and early 1990s when the introduction of western-style market reforms had given rise to significant divisions in China’s top leadership and a general sense of uncertainty as to which economic path China would take.

This paper asks the question: What precipitated the eventual continuity of economic reforms in the PRC? More specifically, what was the critical juncture which shifted Chinese politics to a new equilibrium and, subsequently, economic reform to a new path dependence?

To answer these questions, I employ recent developments in institutionalist analysis. Specifically, I apply Weingast’s recent conception of a microfoundational basis for the historical institutionalist concept of critical juncture. Weingast purports that four crucial elements must exist in order for a critical juncture to occur: (i) a new idea; (ii) an event which moves the idea past a critical probability threshold; (iii) a raising of the stakes (i.e., an increase in opportunity costs of not acting on the new idea) by a political entrepreneur supportive of it; and (iv) discontinuous change.

In this particular case, the new idea is that of western market reforms which is brought forward in the 1980s and supported by a set of political entrepreneurs within the central leadership. The August 1991 Soviet coup is the event which pushes the event past a critical threshold, and the stakes are raised through the growth of a pervasive fear among the top leadership of the rise of a Chinese Boris Yeltsin. Finally, a discontinuous change occurs in the form of the abandonment of state socialism, exemplified by Deng Xiaoping’s southern tour, the concomitant establishment of a new equilibrium in Chinese politics, and path dependent economic reform.

Ultimately, the new continuity in economic reform policies is explained by a massive discontinuity in 1991. This paper thereby provides important empirical support for the fruitfulness of a continuing synthesis of rational choice and historical institutionalism while illustrating the utility of institutionalist analysis in the study of Chinese political economy.

More importantly, the determination of the critical juncture is a crucial step in moving forward an institutionalist research program of contemporary Chinese politics. Specifically, by establishing that the Soviet Coup served as critical juncture and establishing the sequencing of events surrounding the shift to a new equilibrium, analytical traction is gained for the research of such questions as changing bases of state legitimation, the rise of state-led pragmatic nationalism, the maintenance of citizen consent and compliance, etc.