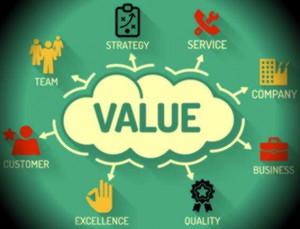 Perception of the role of values as a factor in the derationalization of the conflict is dominant in the modern theory of conflict. And interest in conflicts of values is extremely great. Meanwhile, in conflictological literature the clarity in describing values as a specific object of the dispute leaves much to be desired. If material objects, such as resources or status are prepared to the smallest detail, in the study of values, conflictologists confine themselves to general phrases.

In the 1980-1990’s. in D. Burton’s works with the aim of giving a new sound to the “object” structuralist approach that was traditionally developed in the theory of conflict, an attempt was made to “humanize” the conflict by including in its description not only external social system flaws to social actors, but also his own desires, aspirations, that is, needs. Thus, frustrated human needs were put forward as a universal background of its conflict action.

If D. Burton’s concept of need covers the whole range of grounds for conflict behavior, but we believe that it is necessary to include only the material, rational motives of the social subject, and all that goes beyond the material is attributed to values. Thus, we want to oppose the need and value to each other in relation to their relation to reality.

The need is tied to reality, and its frustration can be objectively verified, even if it is a certain correction for how the subject perceives the degree of satisfaction of his need. In this regard, the causes of frustration, the way of satisfaction, and, in the final analysis, the obstacles to satisfaction are correlated with objective reality.

Value, on the contrary, takes us away from reality into meta-reality, where victory and defeat, satisfaction and frustration do not have objective criteria that distinguish one from the other. Values for social interaction appear as an inexhaustible source of constructing any configurations of conflict and cooperation, because they are not connected and are not limited by the actual state of affairs.

That is why the metamorphosis taking place with many social conflicts is not surprising, where the parties tend not to directly impact each other, but try to convince the outside observer that they are protecting his interests. It is not uncommon for such a dispute, with an obvious imbalance of forces, in the sense that one of the sides is much more convincing in its rational arguments than the other, when transforming the conflict of interests into a conflict of values, is turned upside down, because in the conflict of values, eloquence, skill in addressing the emotions of the public is much more important than any rational motives.

1 thought on “Values as A Way to Win”