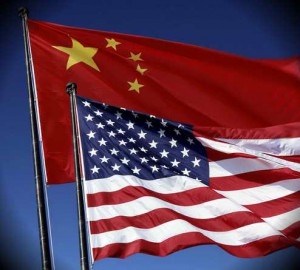 At the beginning of the XXI century it became clear that the term “biopolitics” has somewhat contradictory meanings in politics and science. There are different approaches to the definition of biopolitics, depending on the time of its use, the country and the specialization of a scientist who deals with its interpretation. The research of various aspects of biopolitics was carried out by such scholars as R. Kjellen, M. Foucault, M. Hardt, J. Agamben, A. Negri, L. Caldwell, A. Somit, T. Torson, T. Lemke, A. V. Oleskin.

A term “biopolitics” is first encountered in the writings of the Swedish political scientist R. Kjellen, who studied analogies between political and biological processes, considering the state as a collective body and a form of life. Subsequently, in Germany at the time of Nazism, biopolitics acquired a negative meaning, legalizing crimes against the population on a national characteristic. There are two approaches singled out in the study of Biopolitics.

The first way embodies the political potential of modern biology. So, L. Caldwell, A. Somit, S. Peterson, P. Corning, and other political scientists who worked in the field of biopolitics from the 60’s and 70’s of the twentieth century believed that biopolitics uses the concepts of biology for a better understanding of a human political behaviour. Using this term in the 70’s representatives of the American political thought attributed him to a subdiscipline that included the theory and facts of life sciences in the study of political behavior and state policy.

Such a “naturalistic” approach is of a biological origin, and biological life is understood as the basis of politics. However, by the mid-1990s had become a popular second approach – postmodernist, adopted at the meeting of the American Association of Political Sciences. Considering this issue, representatives of the Association relied on M. Foucault’s work. M. Foucault first used the term “biopolitics” in the 70’s in his writings and lectures in France to mark social and political power over life.

For M. Foucault life can’t be considered only from the point of view of biological forces or determinants that exist outside of political processes. Instead, life must be considered both as an object and as a factor in influencing political strategies and technologies. M. Foucault relates biopolitics to historical transformation and development since the 17th century, as a result of which the sovereign right to stop, repress and destroy life is supplemented by a new form of government that aims at the development, optimization, order, and maintenance of life.

Analyzing the concept of biopolitics developed by M. Foucault we should state the following. Today, the state’s withdrawal from a significant number of spheres of a public life, but, at the same time the state is becoming more powerful. This is one of the central problems of a modern political theory. Exploring this phenomenon, M. Foucault refers to the history of modern times and finds that an important change takes place in Europe in the XVIIXVIII centuries. Drawing attention to the fact that the foundations of modern states lay in parallel with the development of the theory of a social contract, which was used as a way of legitimizing power, M. Foucault said that this theory is essentially legal.

This means that she answers the question about the limits of actions of the ruler: where he can interfere, and where he can’t what it is allowed, and what is forbidden for him. In the XVIII century, this question was changed by another question of where the ruler should intervene. Before the question was about the interference, then it became related to the effectiveness of that intervention.

At the time the role of the population was changing, it was not just an unspecified diverse set of people whose livelihood didn’t care anybody, it was an important resource and its wellbeing might and had to be transformed into the economic power of the state. Then a person was understood as an autonomously functioning individual with his/her own interests, aimed at maximizing his/her own utility, a new policy built on the management of such living beings.

M. Foucault says that the new policy becomes a biopolitics, a policy of pure life. The most fundamental consequence is a political transformation. Using the term “biopolitics”, M. Foucault seeks to show how power is transformed in order to be able to effectively manage the population. Power is being transformed into a biopower when it starts managing health, birth rate, life level etc. If earlier the mechanism of a state control was power over death, then in the XVII century that mechanism transformed to the power over life [Thomas Lemke. Biopolitics: An Advanced Introduction. NYU Press. 2011, pp. 33-53].

For the 60-70’s a certain turning point in the study of political science from political institutions (state apparatus, parties, etc.) to interest in the human behaviour as political actors is character, in other words, turning from statics and structure to the dynamics of the political process. Biopolitics was “demanded” not only from a theoretical point of view, but also in terms of practical policy. In the 60’s it already became apparent that many problems of state policy had a pronounced “biological component”.

It is about the problem of growth and relative aging of the planet population, the problems of genetic engineering, biomedical issues that require political decisions, the threatening consequences of testing nuclear weapons, on the increase in the level of pollution of all the environments of the planet, the destruction of the biosphere, the imminent environmental disaster.

Therefore, in the global context, the role of biopolitics includes, along with other aspects, the struggle (including political means) with the emerging ecological crisis, for the biodiversity conservation. But biopolitics has its own specifics. Its highest 67 point is an interest in the problems of society, and therefore its potential is not limited to an interaction problem between mankind and the biosphere as two global bio-social systems.

The modern world is full of social and political conflicts (for example, ethnic), and there is also a positive contribution from biopolitics, such as recommendations for the evolutionary long-standing mechanisms of recognition of “ours and others” that cause an ethnic conflict (tribal conflicts, nations, races) [Oleskin A. V. Biopolitics: Political potential of modern biology: philosopher, political scientist and practice aspects // Educational University Unities of Russia, Moscow State University. M.V. Lomonosov – M., 2001. – p.34-37].

From the political and practical point of view, the diversity of ethnic groups, nations, regions, and religious denominations can be considered as a human analogue of biodiversity, which emphasizes the unity and interdependence of life throughout the planet. From the political science standpoint, where biopolitically substantiated concepts of leadership, collective aggression, dominance, subordination, formation of “enemy images”, hierarchical and network structures are of interest.

In practical policy biopolitics can serve as the basis for the development of a number of social and political technologies – and at the same time as a means of controlling the technologies that are being implemented in a society in the interests of certain political forces [Oleskina A. V. Perspectives of biopolitics from the point of view of political philosophy, political science and practical policy. // Vestnik RAS, 2008].

The most important research areas in biopolitics should include the following. Interpretation of the human nature as a political actor from the standpoint of biological naturalism is the perception of a human as a product of a biological evolution, as a special type, endowed with intellectual ability, language, developed culture and other unique characteristics. The evolutionary and biological roots of the human community and political systems analysis.

Physiological parameters and factors of political behavior investigation. An analysis of current practical political problems related to biology, including the protection of diversity and ecology of the planet, problems associated with political regulation of developments in the field of genetic engineering, biotechnology, demographic policy, etc. [Oleskin A.V. Perspectives of Biopolitics from the Point of View of Political Philosophy, Political Science and Practical Policy // Vestnik RAS, 2008]. Biopolitics is the whole set of social and political sciences in life, in terms of political philosophy, political theory and practical politics.