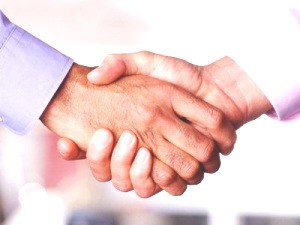 It is hard to imagine our modern world without market relations. There were a lot of changes during the economics’ incipience. However people’s needs such as food, clothes or modern technologies were always unchangeable. If earlier the one which ruled was barter, now market relations conquered the world.

Each individual, living in economically developed country, should use their right to work. And each country has its work ethic. But it is important to mention about such a significant sphere of influence as a religion. In many countries it is influencing believers’ outlooks in different ways, including social, political and economic. The role of religion in making ethical basis of work is integral and sometimes it is dominant.

Catholic, Islamic and Protestant views on business activities and owing private property match, despite on significant differences in creeds. It is displayed on the fact, that the main and heading master and owner of anything on the Earth is not a person, but God, without reference to the way He is shown by different religion systems. Person becomes God’s follower, who is allowed to inherit resources and to rule the property to prosper in further, to praise God and be thankful for the opportunity to work. A result of person’s work is important: it has to be useful for society. Wealth is denounced in these religions, especially if it becomes a meaning of life.

On the other hand, it can be shown in a positive way if richer man doesn’t skimp and shares their money and goods among poor people. We should analyze each of these religions. Catholicism is known as the most relaxed about willing to enlarge own treasures. Catholics prefer to live quietly, peacefully and propertied with having lower profits than other have, but this will eliminate the possibility of nervous risks, anxiety and stresses.

A consumerism in Catholicism is believed as a sin both among rich people and poor ones, by the way not in the form of economic problem, but as a moral problem. Spiritual kin, culture, morality and ethic norm need to be more valuable than the economics. There is no difference whereas individual is rich or not — the way of using their fortune is important. Modern Catholicism treats business well and approves fairness in doing this, because work is a source of self-expression and self-realization, which is good for person.

Speaking about profit in business, it is legal. Catholics understand that doing business without any income is a waste. It is only important not to forget about humanity and work for society’s good, to target own activity on serving the people. It is forbidden to obstruct working for other people, to misuse resources given by God — it is believed as a sin. Thereby the picture of Catholicism’s influence on business of believers puts together.

Then in goes about Islam. Right this religion is an absolute basis in all other spheres. It goes through the economy which is built on religious guidance. It can be described in a few words: “It is allowed everything, which is not forbidden yet”. So, there is a need in finding out what is allowed and what is not in economics of this religion.

Manufacturing and any economic activity, except the ones that can harm society, are encouraged. It is not accepted to save riches in Islam. Money and any property are quickly spent among Muslims. They waste their money and share their property with relatives, especially with parents, with poor, disabled, orphans and travelers. Also outgoings go on the charity which is integral part of economic life of believers.

There are some states in Koran that need to be followed to. None of believers have a right to play a lottery, cards, board games, exchange, because gain can cause “easy money” namely a gain which is gotten too easy and without any work. There are other restrictions in business: pork, tobacco, drugs, alcohol, meat of domestic animals killed not regarding to Sharia (Muslim system of norms and rules), pornography and everything that harms people.

It is prohibited to lie, to be cunning and to act archly during making a deal or signing contract. It is better to look right in the partner’s eyes, which creates an atmosphere of trust and honesty. Must be polite and carefully with an opponent even if everything leads to a conflict.

If it goes to an employee who wants to get a job from an entrepreneur, latter must be polite to all his candidates, to choose one who deserves after the interview with each of candidates. It is important to choose by rating the employee’s professional skills, abilities, willing to cooperate and his active position. In any case the one who is a relative or a friend of an entrepreneur, or who is a bribe-taker is chosen. So, Muslim ethic is a good basis for doing businesses.

At the very end there is a need to define a religious influence of Protestantism on economics. And it is huge. They believe business is an ethic beginning, praise of God and service. Being rich doesn’t mean live posh. Luxuries, saving money, fortune, wealth are results of a hard work and honesty, which are the best encouragement from God.

Protestantism accepts capitalism and different savings. A huge part of Protestants is sure that saving property is a religious duty. It is encouraged by religious, economic and ethic norms in some way.

Protestants can’t stand delaying salary, increasing prices, bad goods, disrespect of headship. On their minds, honesty should rule a business. Capital, built on lie and hypocrisy is doomed, because the owner of such a fund is a sinner. If person is honorable and conscientious, they would be rewarded by God.

The essence of economy of Protestantism is shown in “The Protestant Ethic and the Spirit of Capitalism” (first printed in 1905) which is the work of Max Weber who was a German philosopher, economist and sociologist.

Consequently, religion is very close to economy and ethic basis of work, and forms them in some cases. Each religion has its own nuances which differ, but also they have common features, which unite these dramatically different religions — Catholicism, Protestantism and Islam.