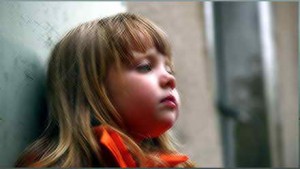 A child is a human being who is under mature age. In reference to Legislation of Ukraine every child has got its own rights beginning from its birth. Of course, these rights are on life, education, freedom, personal integrity; moreover, the right to be respected. The integral part of all these is the child’s right on psychological and moral protection.

There are seven types of child’s psychological protection

The firs type of psychological protection is regression. At this stage, the child tries to come back to the age at which it had feelings of satisfaction and happiness. The bright example is the birth of the second child. During this period, a child feels forgotten and unwanted itself. Parents give all there attention and care to the newborn child. A child tries to retrieve parents attention by using all available methods. The child is naughty, goes to bed and requires an attention, besides he asks his parents to feed him.

The second type of protection is denial. It is expressed in form of passive protest. As a result, it is proven in refusing to communicate even with parents. The example can be shown in the kindergarten when child denies the meal, communication, sits on the same place and waits till his parents take him back home. This protection usually works in case of parting with parents, particularly with mother.

The third type is opposition. It is displayed in active protest to implementation of requests, regulations and requirements of adults or parents. It usually occurs during parents’ attention reduction toward the child’s desire. The example is the child to whom you have not bought a toy. Such a child begins screaming, weeping, pushing his parents in spite the fact there are other people nearby. It is impossible to calm him down. That child aspires to his wishes by using all available ways.

The fourth type is imitation. During this phase, child tries to imitate some of one famous, important person. Those may be his parents or hero of films. Thanks to this, the inner worry and anxiety of child is reduced. An imitation is the integral part of child’s development, but with age up it begins showing an immaturity of personality.

The fifth type of psychological protection is compensation. The child tries to change both failure and weakness into success. As an example, the child does bad in school, has poor school marks concerning to any subjects; nevertheless, he justifies himself by saying:” in spite of all I am the best soccer player”. Thus, the child tries to make excuses to himself. Using this method of protection, the deviation from problem happens, but the problem can not to be resolved completely.

The sixth type is replacement. The child transfers his emotions, anxiety and attitude from one subject to another. For example, the child has quarreled with his parents and very angry at them. As a results, all negative emotions he gives away to a doll. The child tells it brutal words, yell at it and even can hit it. Besides, a replacement can be displayed in following acts. The child gives his doll a part of his home as well as native and comfortable atmosphere. He takes his doll to the kindergarten, outdoors. Thus, he feels calm and relaxed himself. The child feels that the part of home is always with him.

The seventh type of protection is displacement. The child tries to forget an unpleasant situations occurred to it, sometimes changing them into more pleasant ones. The child creates a story which is more exaggerated, interesting than it is in real life; consequently, using this type of protection the child’s lie forms.

The child’s moral protection poses as integral part as psychological does.

Moral is a system of formal, juridical principles and grades which regulates the human being behavior in society. In addition, the moral has a golden rule which helps find mutual relationship and assistance among different people.

Every child must know his rights and responsibilities, what he can do and what he can not; moreover, he must manage his behavior. The child must know that nobody has rights to offense to him and mock at him, but on the other side, he also has no rights to have the same approach toward others. It have to be understood that people act the same as they are treated; therefore, to have a mutual relationship with others, the child has to behave himself in the best way. He must not offense anybody. He is expected to outer appropriately, to help to somebody who needs it, be polite and generous. In case when somebody does not behave properly, do not have an argue with him. In order to feel safe himself, the child has to know that nobody has any rights to threaten his life, freedom and he has rights to outer his thoughts freely. Besides, he has to know that he has got a protection, support and help.

Summary
The child does not understand if he protects himself or is protected by subconscious mechanisms. The child is considered to be immature till his desires stay on his side meanwhile a solution in regard to their accomplishment stays on the parent’s side. Chances of the child to become independent, self-confident and responsible depend on how his inner “Me” can deal with discomfort, fear, uncertainty and time when child makes decision independently. Thanks to protective processes, one part of instinctive desires is pushed away meanwhile the other part strives for another aims. Each of mechanisms contributes its share into organization of protective process. As a result, moral and psychological protection is an integral part of every child.