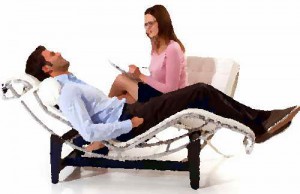 These days etiquette’s subject, especially professional courtesy (etiquette) is very important in our world. Because only the behavior and style of communication between every members of group or outside (for example work with costumers) is the most important thing for getting the final result. And the modern psychologist’s etiquette has it’s own specific character mainly because there are communication and direct interpersonal interaction included there. It is well-known that psychologist have an impact on thoughts, views, sets (goals), human behavior and etc. by his words and actions, thus it is very important for him to keep up this etiquette.

To define the role of modern psychologist’s etiquette, It is necessary to make it clear, what do such words as “etiquette” and “psychologist” mean.

“Etiquette is the code of ethics (system of rules and guidelines/regulations), which regulates external behavior patterns of people and their relationships in the course of their interpersonal communication.”[1]

“Psychologist is a psychology specialist; a man with professional knowledge and skills in the matter of psychology who takes a specific practical or theoretical work and provides the relevant kind of services.”[3]

This suggests that Psychologist’s Code is the regulatory system that regulates the behavior and relationships during the course of communication between psychologist and his client.

Therefore, the “Code of Ethics for Professional Psychologists” (CEPP) is used for regulation of psychologist’s behavior is used nowadays. CEPP is the collection of rules of conduct for psychologist to adhere to, basing on which psychologist must carry out his activities and build the relationships with another people.

CEPP is not based on the legal standards, but on the ethical (a person, who behaves below this standards, just demonstrates his incompetence as well lack of professionalism, but without bringing to criminal responsibility). The CEPP was resolved on 20.12.1990 in Kyiv after the 1stFounding congress of the Society of Ukrainian Psychologists. It is divided into 7 main paragraphs: До «responsibility, professional competence, customer advocacy, privacy, ethical conduct of the psychological studies (psychological investigations), qualified psychological propaganda, interdisciplinary collaboration with other professionals ». [2]

“Responsibility” paragraph involves the psychologist’s responsibility for his work; methods that are used, knowledge; humanistic orientation and priority of client’s interests.

“Professional competence” paragraph involves the necessity for progressive improvement of his erudition; conditions of proceedings’ publishing; the conditions of usage of psychological techniques; proper pursuit of knowledge about his own qualities and professional opportunities.

“Customer advocacy” paragraph involves the adherence to voluntary principle; psychologists must never abridge his client’s freedom (no way: morally, physically, psychologically and etc.); psychologists don’t have any privileges and must have no unofficial relations with their customers; psychologist must decide on his own when his conclusions need to be drawn and elicit them only from trustworthy information; inform his client’s exact diagnosis in an intelligible form.

“Privacy” paragraph informs about privacy policy and about the principle of maintenance of confidentiality and preservation of professional secret (with the exception of cases as required by The Law of Ukraine).

“Ethical conduct of the psychological studies (psychological investigations)” paragraph reports us about the conditions of planning and conducting of the trials (studies), reliability of the results; client’s right to refuse to participate in any psychological study.

In “Qualified psychological propaganda” paragraph it is stated about exact and objective informing about psychology, as a branch of activity; the negation of advertisement and self-advertisement; the conditions of psychologist’s report in mass media.

In “Interdisciplinary collaboration with other professionals” it is reported about conducting of professional discussions in the ways which prevent from discrediting of the representatives of another professions; the prohibition against the usage of psychological manipulation methods for getting of more amount of admirers among the clients.

This implies that we can draw a conclusion, that CEPP covers and serves all the psychologist’s fields of activities. However, it sets apart personal and professional qualities that also influence over the interaction between psychologist and client. What about these qualities? Apart from the competence, these are empathy, objectiveness, assurance, discipline, studiousness, ability to active (empathic) listening, humanism, benevolence, creativity, stress resistance, tolerance, insistence, the high level of self-control, ability to divergent thinking as well as perception of the world, reasonable self-esteem, capacity for self-analysis, reflection, well-developed imagination, independence and adaptation.

Each of these qualities affects on psychologist’s perception in a great measure, hence they determine his interaction with the world around (in particular, with his clients). However, it doesn’t follow to appearance of psychologist, his/her feelings and another circumstance. And this fact according to previous statements, get influence on the perception of his costumers.

Summarizing all above-mentioned information it may be concluded that knowledge and following the certain rules of etiquette is vitally important task for every psychologist (not only theory, but also practice). Because it is like a very useful aspects of providing a psychological activity. And positive and productive result of this interaction is a final goal of psychological work.