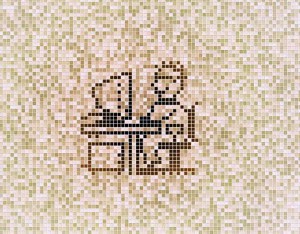 The meaning of e-culture of and its importance in the formation of spiritual and moral values of the modern information society are in the very field of philosophical anthropology investigation. The results which have already been made show the complexity and diversity of the concept of e-culture and information society, suggest a need to manage the integration of e-culture in the process of spiritual development of society and its values in modern transformations.

The study is actual due to the feet that in recent years the problem of information society has became one of the central in the anthropological, cultural, philosophical, political and sociological debates. After creating the “second nature” – the world of things, which modem man has created appeared the «third nature” – the virtual world of phenomena, which is a land of synthesis of world consciousness and high information technologies.

The paradox is that modern man exists in two geopolitical dimensions: one, a virtual – is his true value, the second – physically real – in terms of evaluative tool, a cover that is losing a value. Such phenomena as interpersonal communication, education, creativity, art and entertainment pass into the field of e-culture. Virtual Culture is not only an intermediary between man and the world, but also is the reality that changes consciousness, perception of reality, the nature of man. It is advisable to remember that in the humanities and philosophy interest in the concept of “information”, as we know, led to the formation of the theory of the “information society” (John Bell, A. Toffler, S. Bzezhynskyy, M. Castells etc.).

Prediction of civilization towards the 1 information society in many ways turned out to be justified, and his is another J indication that it is a philosophical anthropology and philosophy of culture show I strategy for social changes, directing the efforts of society to the most important I channels of forming a target set by synthesizing “Megatrend” of the future. In tf* 1 context of the theory of information under the information society we mean 1 intelligent and high-tech product in the form of information, data, applications, I systems, which are created by most members of society, who became the subject of 1 economic relations and a source of social development.

The existence and \ development of the society in the new information environment have never been set 1 so actually than now. It should point to a number of reasons. First, since the late 1 nineties Ukrainian society begins to integrate into European culture with its 1 mentality. Enforcement of our society has undergone various frames of І communication, behavior and ethics. Secondly, as the whole world, Ukraine has entered the era of post-industrial development, the era of nanotechnology. Twenty years ago it was difficult to suggest the possibility of mutual communication through cellular.

Today, millions of people use smart phones, PDA phones and other portable devices to share information. Information technology has integrate in almost all | areas of social life. Today, accesses to Internet resources have the vast majority of people. Extraordinary advances in science have given impetus to the development of medicine, energy, optoelectronics and other vital field of human existence. But now much attention is paid to the sphere of society as spiritual aspects. Development of virtual space spawned such phenomenon as “electronic culture” in the spiritual real that has gained importance and urgency.

Electronic culture (Digital Culture, E-culture) should be considered a sphere of human activity that is associated with the creation of electronic copies of spiritual and material objects, including art, science, literature, cinema, etc. Electronic displays creative culture decision simulated electronically using computer techniques. It is a part of traditional culture that has arisen because of the development of information technology, with an excelled understanding of classical technique create works, which include network art in virtual reality reconstruction, new interactive works, sightseeing simulators, remote training and so on.

Art, converted to a digital copy also become carriers of electronic culture. Perceiving the concept of “electronic culture” in a broad sense it should described as a medium enrichment of society. Training and education of cultural values is different from the traditional understanding, due to the peculiarities of the exchange of information in the virtual sphere. At the present stage the concept of electronic culture is complex and diverse phenomenon which combines the full range of interactive attributes mixed into a single virtual environment, which is a computer alternative reality.

A large number of different sites in the network, gather around purpose community users learn various aspects of science, art, social ties create an active environment of interest to study the adoption of a model of relations and t he exchange of ideas and emotions. Despite this, the main task of virtual cultural environment of today is to provide the necessary information in the information ;: impact. The data provided by users which may be textual, graphic, audio etc. : he influence of electronic culture in the global information network can be divided into two components: providing information and active influence.

The first section includes various kinds of information portals, enabling the user to get the fullest information he needs. And the process of cultural development of the individual can acquire a secondary character.

E-culture activities include the impact of online sites that provide virtual communication such as social networks, blogs and online forums. The fundamental difference from encyclopaedic portals is here in opportunity to share information with real users or bots, to have virtual dialogues and discussions on a given topic. And as users began to receive more emotions over the Internet than in real life, there are increasingly replacing of a real communication by virtual. So there is a new kind of social pathology, such as Internet addiction.

In summary, I would say that despite its dual nature, e-culture is a positive step in the development of modern society, and above all, its spiritual component. This is manifested in the process of man’s knowledge of Ukrainian cultural heritage of centuries of history and research experience of previous generations have become more accessible and convenient, and we can have expanded opportunities. But we should not forget about negative effects of the virtual on humans that make us think about the degree of involvement of e-culture in the process of moral education of the individual. And you must not forget the need to manage virtual space and control.